Our core purpose is to help our customers invest in their future, and investing in our future is at the heart of our Corporate Social Responsibility (CSR) Policy.

Our CSR Policy is shaped around two key pillars:

Investing in our community

Our employees fundraise and volunteer for lots of different charities with one common objective: to make a positive difference to the future of our community.

Whether it’s taking part in a sponsored walk, collecting donations for a local food bank, or volunteering at a local school, we are proud of our people who are dedicated to giving something back.

We support our employees through paid time off for volunteering, our matched fundraising programme, and a calendar of internal charitable events.

Additionally, AJ Bell plc donates a percentage of its profits on an annual basis to the AJ Bell Trust. 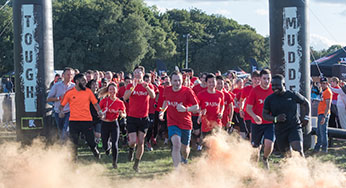 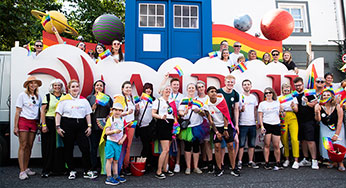 Investing in our environment

To help protect our planet’s future and to contribute to the global response to climate change, we are working hard to reduce the carbon footprint of our own business.

We have recently moved into our new headquarters at Exchange Quay, Manchester (EQ4). This has enabled us to install more energy-efficient equipment, such as motion-sensor lights and video-conferencing facilities to reduce travel requirements.

We send 100% of our waste from EQ4 to be recycled. It is sorted off-site by a combination of manual, mechanical and biological means at a waste-recovery facility, and over 99% of it is fully recycled. In addition, 100% of paper from our confidential bins is recycled.

We have implemented a range of initiatives to support employees to reduce their environmental impact, such as a car-sharing scheme, season ticket loans for public transport and a new cycle–to-work scheme.

We also work with external partners to engage in carbon-offsetting programmes.

The AJ Bell Trust is a registered charity that aims to help people who are in need, whether as a result of their age, financial hardship, sickness, lack of opportunity, disability or other disadvantage, with the primary focus being on children and young adults under the age of 25, in such ways as the trustees think fit.

The charity’s trustees are:

Andy co-founded AJ Bell in 1995 and has since built the business into one of the UK’s largest investment platforms, where he remains CEO. Headquartered in Manchester and employing over 700 people, AJ Bell’s success makes Andy one of the North West’s most prominent business leaders. He wrote the widely acclaimed best-selling investment book, ‘The DIY Investor’, which is now in its second edition. Andy lives in Lancashire with his wife Tracey, their four children, a dog and an ever-growing menagerie of farmyard animals. He set up the AJ Bell Trust with Tracey in 2011.

Paul has been involved in financial services for over 35 years. He began his career at Barclays Bank Trust Company Limited in 1982 before moving to Henry Cooke Lumsden – a Manchester-based stockbroker – in 1987. He has headed up the Manchester office of Close Brothers Asset Management since 1999. Paul is a Chartered Fellow of the Securities Institute and a holder of its Diploma. He is also an Affiliate member of the Society of Trust & Estate Practitioners (STEP)

Paul was admitted as a solicitor in 1985 and is managing partner of Quinn Barrow solicitors in Liverpool. He specialises in commercial and property law and has acted as trustee and member of the management board for a number of charitable trusts over the last 20 years. Married with two children, he lives in Rainford. When time permits, he enjoys cycling and sailing.

The Trust is fully committed to its current initiatives, working with long-term partners who align with the objectives outlined above in order to make a meaningful and lasting impact.

The trustees will make it known via communication on this webpage when they are considering applications for new donations, funding or grants.

To date, the AJ Bell Trust has particularly focused on supporting young people in the North West, the home of AJ Bell.

Based just a few miles from AJ Bell’s Head Office, Snow-Camp North West uses snow-sports to engage with disadvantaged young people, providing life skills, qualifications and work experience to support their futures in the snow-sports industry and beyond. 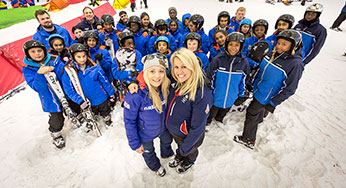 The AJ Bell Trust helped Sandfield Park School, in Liverpool, to establish this not-for-profit social enterprise, which helps young people with special needs and disabilities to gain valuable work experience to support their future careers. The café served its first customers in January 2019, and is now a thriving part of the local community and the AJ Bell Trust is delighted to provide ongoing financial support. 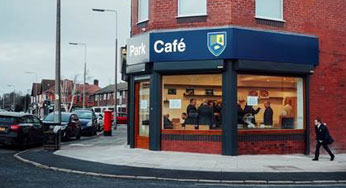