AJ Bell has been confirmed as the new title partner of the 2021 AJ Bell Tour of Britain and AJ Bell Women’s Tour, Britain’s biggest and most prestigious cycle races.

AJ Bell is one of the UK’s leading online investment platforms, helping people invest for the long term via ISAs, pensions and general investment accounts.  It has a rich history of supporting elite level sport including badminton, cricket, rugby, squash and triathlon.

Andy Bell, chief executive at AJ Bell, comments: “Elite level sport can provide inspiration to all of us to get out, get active and stay healthy.  The past 18 months has shown us how important that is and we are delighted to be the title partner of the AJ Bell Tour of Britain and the AJ Bell Women’s Tour.  After a one-year hiatus, I’m sure fans and new supporters around the country will be looking forward to seeing the races pass through their hometowns and I hope it can motivate a new generation of cyclists.”

The AJ Bell Tour of Britain will be the first Union Cycliste Internationale (UCI) event to take place in Britain since the World Road race championships in September 2019 and marks the return of the race after a year’s absence due to the pandemic.   October will see the return of the AJ Bell Women’s Tour, the UK’s only round of the UCI Women’s WorldTour in 2021, almost 30-months on from the last edition in June 2019, won by Britain’s Lizzie Deignan.

Commenting on the partnership, Hugh Roberts, Chief Executive of race organisers SweetSpot Group said; “I am delighted to welcome AJ Bell on board for the eagerly anticipated AJ Bell Tour of Britain and AJ Bell Women’s Tour.  It has been a most challenging two years since our most recent races so the positive support of AJ Bell is most welcome and continues the good news as we build up to both Tours with riders of the calibre of Mark Cavendish, Wout van Aert, Julian Alaphilppe and Lizzie Deignan and Annemiek van Vleuten racing in the respective events.

“We are excited to be getting underway in Cornwall this weekend with the AJ Bell Tour of Britain and an exciting route taking us to Aberdeen across eight days of racing for the British fans at the roadside and watching at home via our ITV4 coverage.”

This year’s AJ Bell Tour of Britain begins in Cornwall on Sunday 5 September and includes a team time trial in Carmarthenshire (stage three), hill-top finish on the Great Orme, Llandudno (stage four) and a first-ever finish in Edinburgh (stage seven). The 2021 champion will be crowned in Aberdeen on Sunday 12 September.

The AJ Bell Women’s Tour will take place less than a month later, getting underway from Bicester in Oxfordshire on Monday 4 October and finishing six days later on the Suffolk coast in Felixstowe on Saturday 9 October.

We offer SIPPs, ISAs and General Investment / Dealing Accounts which provide access to a broad investment range including shares and other instruments traded on the major stock exchanges around the world, as well as all mainstream collective investments available in the UK and our own range of AJ Bell funds. We also offer a Cash savings hub which provides access to a range of competitive savings accounts to help people manage their cash savings.

We aim to make it easy for our customers to save and invest by providing them with online tools and information to help them build and manage their portfolios.

About the 2021 AJ Bell Tour of Britain

Media accreditation applications for this year’s race can be made online at tourofbritain.co.uk/about/press

About the AJ Bell Tour of Britain

Relaunched in 2004 after a five-year absence from the calendar, the AJ Bell Tour of Britain is British Cycling’s premier road cycling event, held annually across eight days in September.

The free-to-watch sporting spectacular features Olympic, world and Tour de France champions, and attracts a roadside audience of over 1.5m spectators. Live coverage of the race is shown daily in the UK on ITV4, in addition to around the world. The AJ Bell Tour of Britain is part of the UCI ProSeries, making it one of the most prestigious sporting events in the sport’s global calendar.

About the AJ Bell Women’s Tour

Created by SweetSpot Group in 2014, the AJ Bell Women’s Tour is the UK’s first international stage race for women, bringing the world’s top riders to compete in Great Britain as a part of the UCI Women’s WorldTour. 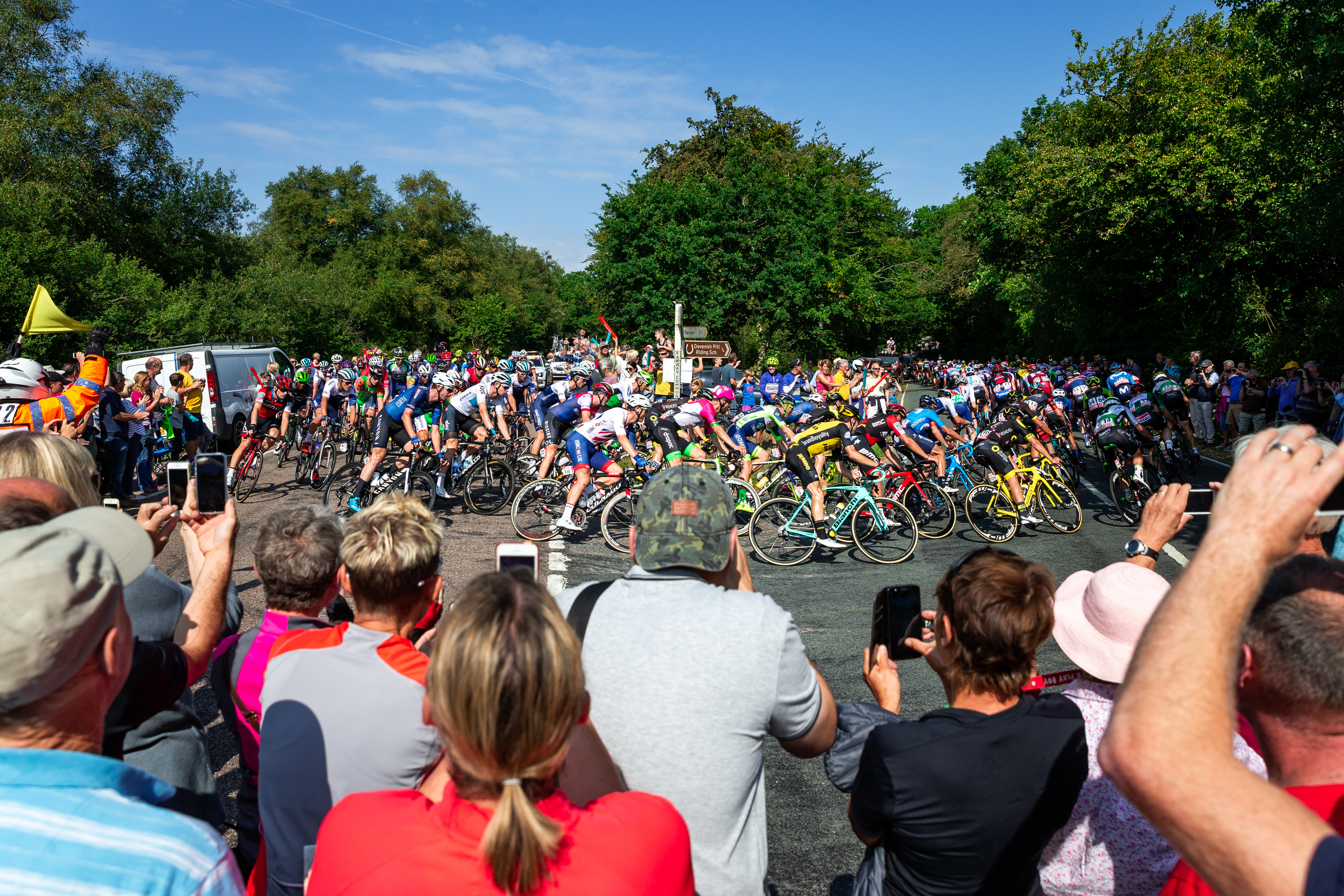