“Investors appear to be giving Aviva’s new chief executive Maurice Tulloch a reasonably warm welcome, as the shares are up, but it will be interesting to see how long they give him to make his mark in terms of the firm’s operational and stock market performance,” says Russ Mould, AJ Bell Investment Director.

“Shareholders in the insurance giant do generally seem to be a patient lot. The firm has had just three chief executives in the last 21 years (excluding Sir Adrian Montague’s brief interim stint which has just ended) even though the share price has hardly covered itself in glory and investors suffered the indignity of dividend cuts in 2002, 2009 and 2012 – the payout now is lower in per share terms than it was two decades ago.” 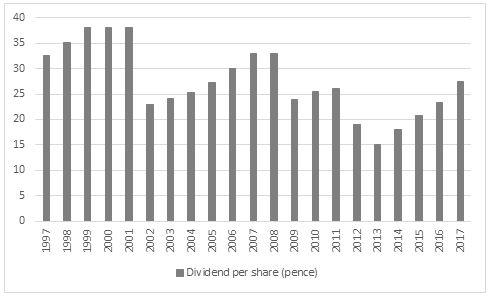 “Despite this turgid showing, Aviva’s last three chief executives have been given an average of 7.1 years in the hot seat.

“That compares pretty favourably to the current average tenure of a FTSE boss, which is 5.1 years across the current crop. It is also way longer than the average of 1.6 years that has been afforded to the nation’s current 92 Premier and Football League managers – so while company chairmen and investors can sometimes be seen as obsessed with short-term results, they are models of patience compared to football club chairmen and supporters.

“Yet even that pales next to the 50 football clubs who have changed their manager, in some cases more than once since March 2018, even if in the cases of teams and companies not all of the changes were involuntary, as some bosses moved to new opportunities and went at a time of their own choosing.

“Whether football clubs are getting it right or not is best left elsewhere – Chelsea’s regular managerial changes have not stopped them from winning multiple trophies while Manchester United and Arsenal won leagues and cups under the lengthy tenures of Sir Alex Ferguson and Arsene Wenger – but even 5.1 years for a FTSE 100 CEO may not be long enough.

“After all, the secret sauce of investing is dividend reinvestment. But the real benefit of the compounding effect only starts to become really apparent after eight or ten years, so even a five-year average tenure for a FTSE 100 boss may not be adequate from the perspective of shareholders, thus again raising the issue of the agency problem: for whom do managers work – themselves, stakeholders (employees) or shareholders? The ideal answer is ‘all three,’ although there remains the danger that the average five-year CEO tenure can lead executives to focus on the value of their own shareholdings and stock options to maximise near-term return for themselves, potentially to the detriment of long-term holders.

“This is why shareholders must always read the annual report and accounts to assess how a chief executive is to be paid and what metrics will trigger any bonus payments or awards of stock or options. In the case of Aviva, its full-year results are due out on Thursday 7 March and the annual report should come out toward the end of the month, so the package awarded to Mr Tulloch will be of particular interest.”