“Higher-than-expected volumes, higher prices and higher profit margins all mean that Bellway’s trading update reads very well and the builder seems to be feeling pretty bullish, judging by the way in which is it buying new land,” says Russ Mould, AJ Bell Investment Director. “The FTSE 250 firm has snapped up 8,848 plots of land in the first six months of its latest financial year, with a contracted value of £453 million, to put it on track to easily exceed its land-bank boosting purchases of 2018 and 2019, let alone 2020. 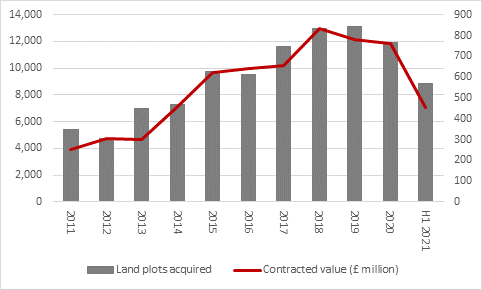 “That suggests Bellway is shrewdly laying the foundations for the next upward leg in its growth plans, as the builder drives new housing completions toward its current maximum capacity, which is around 13,000 dwellings a year. Bellway completed 7,522 units in its pandemic- and lockdown-hit fiscal 2020 year but has already completed on 5,656 units in the first half of its latest year. 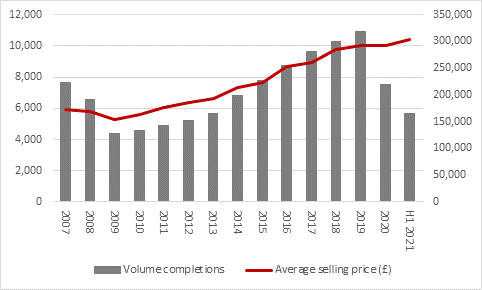 “Better still, buying land at the right time in the cycle – when sentiment is depressed – is a key factor in the profit margin that a house builder makes, so Bellway can be feeling pretty pleased with its latest land grab, even as the company continues to rack up costs associated with fire safety improvements at previously constructed apartment sites. They weighed on profit margins last year and will do so again in fiscal 2021, although on an underlying basis Bellway is now confidence that its operating return on sales will improve by two whole percentage points in 2021, to 16.5% from 14.5%. 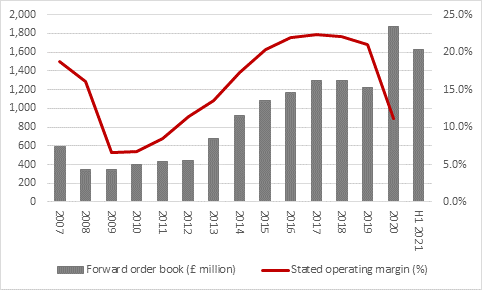 “Bellway’s robust balance sheet gives it the chance to prepare for the future and buy land. It ended the first half with a £364 million net cash pile even after the resumption of dividends with a 50p-per-share payment alongside last year’s full-year results. Analysts expect almost a doubling of that payment to 95p in the new fiscal year and that puts Bellway on a forward dividend yield of 3%, although some of its housebuilding peers are forecast to offer higher figures than that. 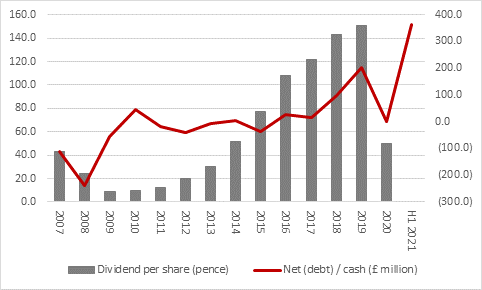 Source: Company accounts. First-half dividend for fiscal 2021 yet to be declared.

“This may explain why Bellway is one of the cheaper builders, based on price to book value, using the last stated historic net asset value (NAV) per share figure. As profits grow, so should book value, so value-seekers may yet think that Bellway has the potential to offer the ideal combination of capital growth and income.

“Analysts continue to worry about what may happen when the stamp duty land tax holiday ends in March. But Help-to-Buy’s latest incarnation will provide support to a housing market which is some ways really does not need it, because demand continues to outstrip supply.

“Bellway’s move to purchase more land suggests its management feels the market is well underpinned and it is interesting to note that the latest round of land purchases has been slanted toward geographic areas where there will be less reliance on Help-to-Buy going forward.”