“Radio 5 Live’s investigation late last year into a snag-riddled property in Worcester suggests that the legacy of 2016’s sloppy work still lingers – especially for the couple who bought the dwelling – but FTSE 250 house builder Bovis looks to be improving both profits and customer satisfaction, at least with 2018’s completed homes, according to today’s trading statement,” says Russ Mould, AJ Bell investment director. “Add that to a net cash balance sheet that helps to fund a double-digit dividend yield and a low valuation on a price-to-net-asset-value basis and you can see why Bovis’ shares are bouncing today.

“In 2016, an unseemly scramble to complete homes too quickly (and meet profit targets) came unstuck. This botch-job left some buyers with shoddy houses and forced Bovis to change CEO, set aside £7 million for customer redress and slow its build 2017 programme. Under new management, the builder also began to take a more measured approach, putting quality and customers first – as it should have done in the first place.

“The result is that completion volumes are still below the 3,977 level recorded in 2016, with 2018 reaching 3,759. But increases in average selling prices (helped to some extent presumably by the demand created by the Government’s extended Help-to-Buy scheme) and better quality control mean Bovis will still produce record annual profits in 2018, which will also come in ahead of analysts’ forecasts of £166 million at the pre-tax level. 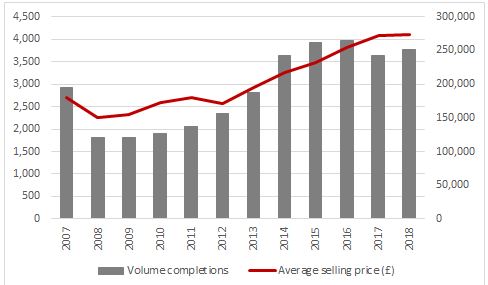 “Those record earnings, coupled with a £127 million net cash pile, mean that Bovis will pay out dividends worth a 102p a share for 2018: an interim payment of 19p, a special dividend of 45p and a final dividend of 38p. 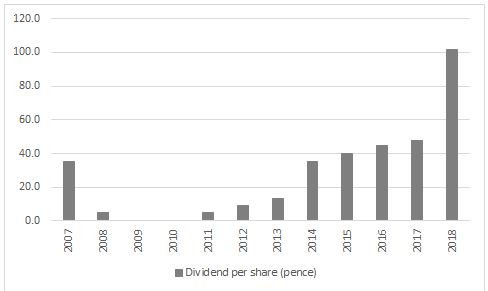 “Management has offered no forecasts as yet for the proposed 2019 distribution, but analysts are pencilling in 99.4p of dividends in total, enough to put the stock on a dividend yield of 10.2%, the third highest among house builders.

“Usually, such a lofty yield, especially when coupled with a lowly price/earnings ratio, is investors’ polite way of saying they believe neither the dividend nor the earnings forecasts, in the view they are too optimistic.

“You can see why this should be, given the current political paralysis in Westminster, the toxic debate of Brexit, soggy consumer confidence and lofty house prices which may mean affordability is an issue for many would-be buyers, even when (or because?) the Bank of England is anchoring headline interest rates below 1%.

“But Bovis is also trading at a lowly multiple of book value, or its net assets, on a historic basis – and as profits roll in, book value should rise, unless the company has to settle further expenses related to 2016’s bungled building work.

“The prevailing pessimism on the UK economy explains why Bovis is so cheap, plus the firm has to fully convince shareholders that it has put the experiences of 2016 firmly behind it, to the benefit of customers as well as investors.”