Bumper numbers from Barratt even as housing sales only inch higher

Shareholders will be delighted by today’s upbeat trading statement from Barratt Developments as the FTSE 100 firm unveils better-than-expected pre-tax profits, but very modest growth in actual housing completions will be less welcome with those struggling to get onto the property ladder (and possibly the Government) as prices creep ever higher.

“Barratt’s full-year pre-tax profit is now expected to reach £765 million for the year ending June, well ahead of both the analysts’ consensus forecast of £735 million and last year’s comparable figure of £682 million.

“It also exceeds the £762 million forecast that analysts had pencilled in for the year to June 2018 and means Barratt is way more profitable than it was at the peak of the prior cycle in 2007-08: 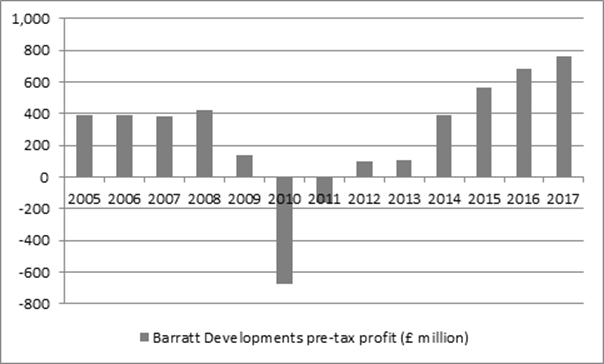 Source: Company accounts. For the financial year to June.

“However, the bulk of the profits upside looks to have come from good cost control and increased prices rather than a surge in volume completions. 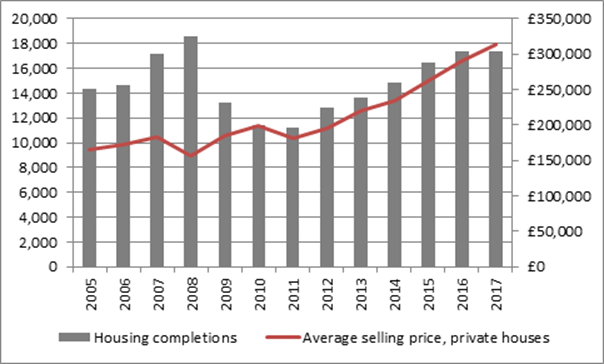 Source: Company accounts. For the financial year to June.

“This suggests that supply and demand remain out of kilter, a situation that is potentially being worsened by Government attempts to stoke demand (through the Help to Buy and now Lifetime ISA), very-low interest rates and sticky planning permission processes, against which builders continue to rail.

“Equally, Barratt added fewer plots to its land bank in the year, citing post-referendum uncertainty, approving 18,497 plots for purchase, compared to 24,387 in the prior 12-month period.

“This may partly explain why Barratt is only forecasting “modest growth” completions from its own operations in the coming 12 months, even if the reservation rate accelerated in the second half of the year, to suggest consumer are now over any Brexit jitters.

“This should underpin pricing, boosting margins and the company’s net cash pile, which it is using to both invest in more land and pay out bumper dividends to shareholders.

“The company intends to keep dividend cover at 2.5 times for its ordinary dividend (which implies a figure around 24p a share after today’s better-than-expected figure) and then pay a £175 million special dividend, equivalent to 17.4p a share, in November, for a total pay-out of 41.4p – enough for a 7% dividend yield, one of the highest in the FTSE 100. 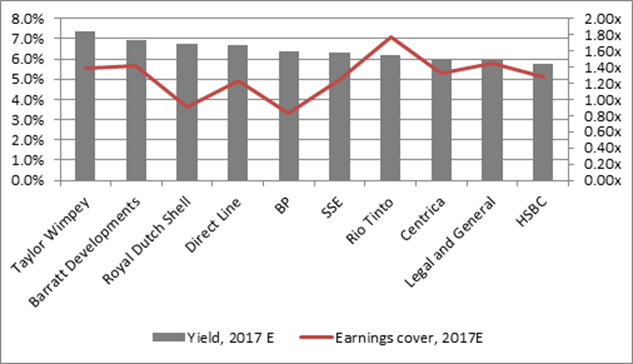 “The earnings surprise and chunky yield help to explain why Barratt is up in early trade today, although investors still have to ask themselves whether the current UK housing boom is sustainable and whether the stock already discounts all of the good news.

“In the short-term, demand for dwellings is still outstripping the supply of houses and it is hard to see what will change that, given Government lending schemes, low interest rates and the Bank of England’s apparent reluctance to increase the cost of borrowing.

“Barratt’s valuation is a trickier question.

“A 1.5 times historic price/book value multiple is not expensive since house builders tend to peak at around two times. In addition, the yield is attractive, representing a premium to the wider UK stock market and the forward price/earnings ratio of barely 10 times is a discount, although this may reflect investors’ concerns than when things look so good they can hardly get better something unexpected happens to mean they stop getting better and start getting worse, to the potential detriment of the share price.