China’s stock market and the Year of the Pig

Is Shanghai’s stock market ready to surprise in 2019?

“’Shanghai Surprise’ was a pretty average comedy film that starred Madonna back in the mid-1980s but for investors there was nothing too funny about owning Chinese stocks or shares in companies exposed to China in 2018,” says Russ Mould, AJ Bell investment director. “The Chinese stock market was frankly a dog in the Year of the Dog, providing the worst performance of any major Asian nation, and investors will be hoping for more portfolio cheer from the Year of the Pig when it starts on Tuesday 5 February. 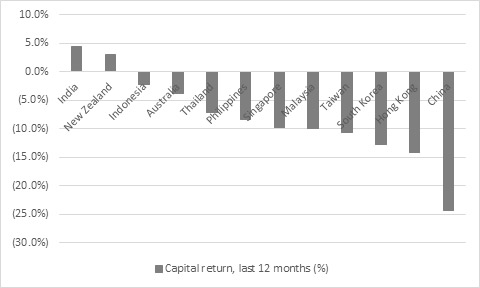 “On the face of it, there seems to be little good news around, given worries over economic growth, burgeoning debt and the risk of a full-blown trade war with America. But the very fact that good news is hard to find may be the best news of all.

“The Shanghai Composite benchmark is no higher now than it was in January 2007 but China’s economy and the profits generated by its corporations have grown considerably since then.

“Depending upon whose estimates and which index you use, analysts’ forecasts put Chinese stocks on around 10.5 times forward earnings for 2019, down from 14 to 15 times a year ago.

“Such a steep de-rating points to a major loss of faith in Chinese stocks. It also suggests that it may not take too much to go right to persuade money to return, since expectations are now lower and thus easier to beat.

“Three issues weighed on the performance of Chinese stocks last year but there is a chance that these headwinds from 2018 may become a tailwind in 2019:

“But at least Chinese stocks are discounting a pretty negative outcome so any trade deal with the US could be the first step on the road to recovery for the downtrodden Shanghai stock market and firms who sell into China.

“Any investors who do think that Chinese stocks – or China’s economy – have several options available to them.