“An annualised American GDP growth figure of 0.7% for the first quarter of 2017 undershoots every forecast bar one and could make it harder for the US Federal Reserve to make the case for further rate hikes when the central bank announces its next policy decision on Wednesday 3 May,” says Russ Mould, investment director at AJ Bell.

“This was the weakest annualised growth number since the unexpected drop suffered in Q1 2014. 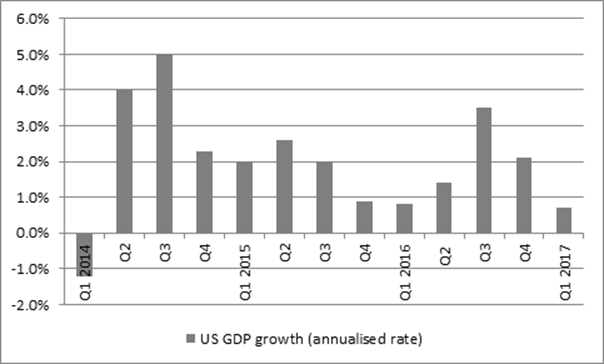 “This will only serve to fuel the debate over the apparently widening gap between “hard” data, such as GDP numbers, retail sales figures and industrial production (which have, for choice, come in below expectations in 2017) and the ‘soft’ data represented by the purchasing managers’ indices (PMIs), surveys which gauge monthly sentiment.

“The next US PMI figures are due on Monday (manufacturing) and Wednesday (services): 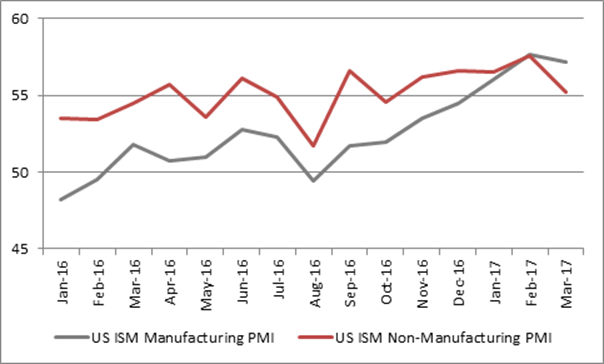 “The PMIs continue to read well but they are not translating into new hiring, higher wages or increased capital investment, although the non-farm payroll, wage and unemployment figures due next Friday (5 May) will be the latest test.

“All of this muddies the waters for a US Federal Reserve which is still planning two further 0.25% rate hikes this year, to take its target range to 1.25% to 1.50%, and is starting to discuss the withdrawal of the Quantitative Easing (QE) bond-buying programme.”