“The Chester-headquartered company has delivered a 20% increase in sales to £143 million (with underlying growth of 11%), a 22% increase in (adjusted) operating profit to £32 million and net debt of £66 million, following October’s acquisition of Australia’s Vix Verify Global and February’s million swoop for America’s IDology.

“Both of those deals look to neatly supplement GB Group’s strong competitive position in what is a hot market. The company, whose £1.2 billion market capitalisation makes it the thirteenth biggest firm on AIM (and easily big enough to qualify for the FTSE 250), specialises in identity data intelligence. It provides primarily business-to-consumer customers and government organisations with the information to decide who to trade with and who to block so they can prevent fraud, and does so within a compliance-friendly platform

“GB has access to data from more than 500 sources, including credit reference agencies, electoral rolls, postal services, retail consumer data, passport registers and even social media. It does not have this field to itself – FTSE 100 firm Experian is one rival and $15-billion-cap American firm Equifax another – but GB’s deep datasets and technology platform mean it is a key player in this fast-growing field.

“Analysts are looking for further strong sales and profits progress in the year to March 2020, helped by full-year contributions from the recent Australian and American purchases, as well as good underlying progress. 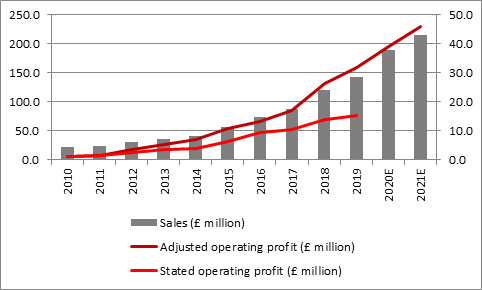 “The question that investors must address however is one of valuation.

“A dividend yield below 1.0% is unlikely to appeal to income-seekers, although they should bear in mind that GB Group has increased its annual dividend every year since fiscal 2009, for an 11-year growth streak, no mean feat in itself. 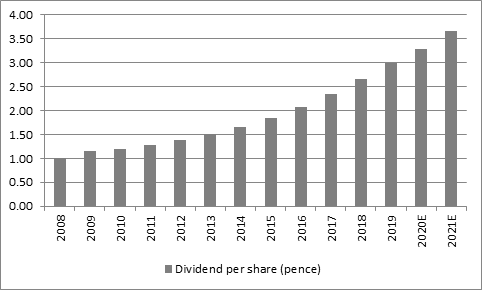 “The stock is better-suited to fans of growth and momentum but they need to make sure that GB Group can keep delivering strong earnings increases and ideally profit forecast upgrades.

“This happened in late 2016 when a Government IT contract suffered delays and a lukewarm trading statement that October took the shares down by around a quarter (even if that blip proved to be a buying opportunity, as it turned out).

APPENDIX: Eighteen AIM-quoted firms with a market cap of £1 billion or more