Gooch is bowled out by absence of second-half recovery

“With only a quarter of its sales booked in sterling, two-thirds in dollars and the rest in euros AIM-quoted electrical and electronic components expert Gooch & Housego provides investors with a good snapshot of what is going on globally. Today’s first-half drop in earnings, the scrapping of a prior forecast of a second-half recovery in the industrial lasers operation and a profit warning are all therefore a concern.  This is especially as Gooch & Housego has suffered just four drops in earnings since its 1997 listing and they all came during times of a slowdown or recession around the world,” says Russ Mould, AJ Bell investment director.

“Gooch & Housego’s rare profit stumbles came in 2002 (bursting of the tech bubble and a US recession), 2009 (great financial crisis) and 2012 and 2016 (European debt crisis and global growth pause). The shares have welcomed today’s bad news with a fall of more than 20%. 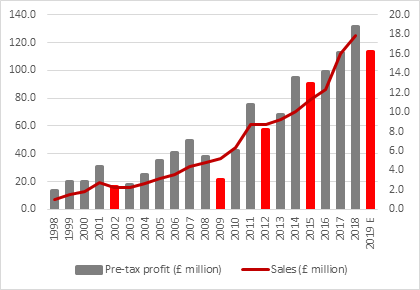 “Chief executive Mark Webster had stated in April’s trading updated that the company had seen a downturn in demand for components used in the lasers that help to manufacture silicon chips, especially in China. However, Mr Webster argued that trading would pick up in the second-half.

“Instead he has been stumped by the absence of a recovery in this business and has admitted that orders would not return to normal levels in the rest of the financial year to September. The comment that Gooch & Housego will only supply ‘known, high-certainty orders’ suggests that visibility remains limited.

“The net result is that adjusted pre-tax profit will now undershoot the prior forecast of low single-digit growth by some £3.5 million to £4.0 million and leave earnings down compared to last year’s £18.8 million.

“Coming shortly after March’s trading alert from another leading British supplier into the global silicon chip industry, FTSE 250 firm Renishaw, this could be an ominous sign.

“Their downbeat view of trading for the rest of the tear contrasts markedly with the rhetoric from leading silicon chip and semiconductor production equipment (SPE) makers, whose management teams have generally talked up the concept of a second-half recovery and given the Philadelphia Semiconductor index, or SOX, a lift in the process.

“That said, cracks had already begun to appear in that narrative. Chipmaker Micron guided down second-quarter expectations in March, as it idled some production, cut capital investment for 2019 and reassessed its 2020 spending plans in March and more bad news has followed.

“In May the world’s biggest manufacturer of silicon chips on an outsourced basis, TSMC, guided Q2 revenues down as did Microchip and Qorvo warned too.

“Silicon chips – semiconductors – are everywhere, from cars and computers, from smartphones and tablets, from video games to robotics and from display screens to data centres. As such they are good proxy for economic growth and broader end-market demand, a characteristic they perhaps share with Gooch & Housego, even if the Somerset-headquartered firm only has a market cap of around £260 million.

“Note how Gooch & Housego’s shares and the SOX seem to march in lockstep – and the SOX has begun to run out of steam, too. It stands 18% below its April peak and is therefore on the cusp of a return to bear-market territory. 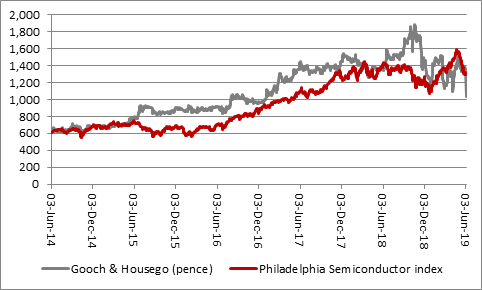 “The SOX benchmark has traditionally been a good indicator of wider stock market momentum and risk appetite since its launch in summer 1994. 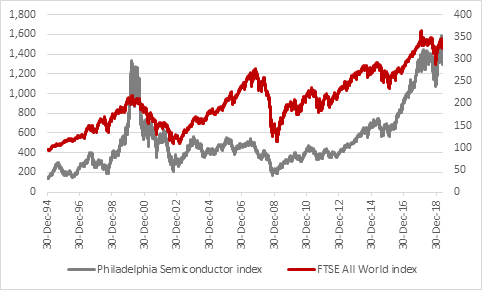 “Gooch & Housego’s warning may reflect heightened trade tensions between the US and China as well as inventory build across the global chip industry as firms responded earlier in the year to the escalating dispute.

“As such a settlement between Washington and Beijing could give a welcome boost to demand for silicon chips and components used in the precision equipment that makes them. But the longer Presidents Trump and Xi take to reach a deal, the tougher trading could get for the chipmakers and their suppliers and possibly therefore the wider global economy.”