“Bovis’ full-year results round out the latest reporting season for the UK’s major housebuilders and as a group they have done a lot to please shareholders. In 2018, aggregate operating profit rose by 10% as operating margins rose to a new high of 22.2%, their combined net cash pile rose by £500 million to £3.5 billion and dividend payments surged by 28% to a fresh peak of £2.3 billion,” says Russ Mould, AJ Bell Investment Director. 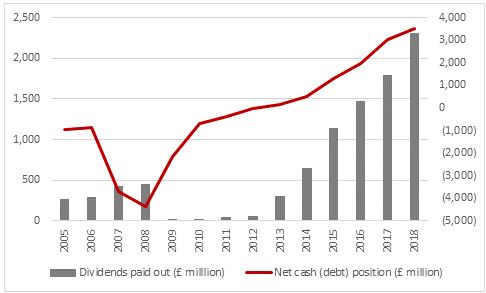 “Whether they are doing enough the please would-be house buyers (and therefore the nation’s politicians) may be harder to divine. The nine leading builders achieved these bumper profit and dividend increases even though growth in volume completions slowed down to a seven-year low of 3.8% and price growth also cooled to its lowest mark since 2011 at just 2.8%.

“In defence of the builders they did complete on over 80,000 dwellings between them in 2018, 13% more than they managed at the previous peak of activity in 2006 and almost double the number of completions recorded in 2011. In addition, some may be bumping up against capacity constraints – Barratt’s 17,579 annual completions compare to its current capacity of 20,000 homes a year – while all will be aware of the dangers of rushing, given the damage done to Bovis’ reputation, and customers’ homes, in 2016. 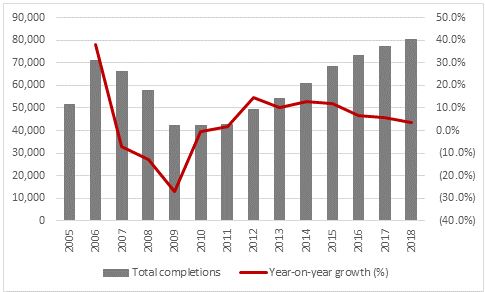 “Their increased margins will reflect internal operational efficiencies. In addition the builders clearly remember the frightening times of 2008-09 only too well and are husbanding their resources accordingly. An aggregate net debt position of £4.4 billion in 2008 is now a net cash position of £3.5 billion and it seems unlikely that the builders will buy land quite as aggressively or speculatively, or launch a wave of acquisitions, in the manner of the early 2000s for a generation.

“Yet the builders must still tread carefully. Housing minister James Brokenshire has already fired a shot across their bows by floating the idea that Persimmon could be excluded from the Help-to-Buy scheme, which is due to run until March 2023 for first-time buyers (and 2021 otherwise).

“Persimmon was singled out after the furious debate over the pay package offered to former boss Jeff Fairbairn, gathering complaints about build quality and the practice of selling properties that come with rising leasehold charges, which can then make it harder to sell on the dwelling in the future.

“Surging dividends across the board will doubtless also catch Whitehall’s eye but at least growth in completions is now outstripping growth in prices, so that may defuse some of the accusations of profiteering on the back of the Government’s Help-to-Buy subsidy. 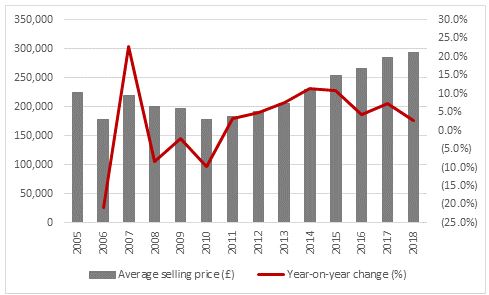 “A broad slowdown in UK house price growth has weighed on sentiment toward the house builders but their shares have recaptured a lot of the ground lost during the wider market sell-off in the second half of 2018 – Barratt is actually trading at new highs.

“This recovery may reflect hopes that a no-deal Brexit scenario can be avoided and – perhaps more tangibly – the valuations on offer after the share price slumps of last year.

“The builders as a group still offer a 7.1% average yield and come on a price/earnings ratio of less than nine times for 2019, with total dividend payments expected to rise by a further 10% this year to a new record high of £2.55 billion.

“In addition, some trade closer to the one-times historic price/book value ratio which has tended to call the bottom during previous downturns, with Crest Nicholson, Bovis and Barratt looking the cheapest on this basis.

“But it may be the dividends that are catching investors’ attentions, especially as the builders’ net cash piles mean these can be easily funded even if there is an unexpected profit stumble or downturn in the housing cycle.

“Such a downturn still looks unlikely for now, with interest rates near rock bottom, the Bank of England reluctant to raise them and the Government offering subsidies to buyers – even allowing for the uncertainty offered by Brexit and the risk that affordability and lofty prices are the biggest threat to the housing market, rather than demand.”