How would a state pension age of 75 affect different regions of the UK?

•        The Centre for Social Justice (CSJ) has proposed a dramatic hike in the state pension age to 75 by 2035 (https://www.centreforsocialjustice.org.uk/core/wp-content/uploads/2019/08/CSJJ7421-Ageing-Report-190815-WEB.pdf)
•        The move would go far beyond existing plans which will see the state pension age hit 68 by 2039
•        Official life expectancy data suggests the average baby boy born between 2012 and 2014 in Blackpool, one of the poorest regions in the UK, would never receive the state pension if the CSJ proposal was implemented (https://www.ons.gov.uk/peoplepopulationandcommunity/birthsdeathsandmarriages/lifeexpectancies/bulletins/lifeexpectancyatbirthandatage65bylocalareasinenglandandwales/2015-11-04)
•        Whatever happens, the state pension will fall far below the retirement income expectations of most people

“While raising the state pension age to 75 might save the Exchequer vast amounts of money, it would be the poorest regions of the UK, where life expectancy tends to be lower, that would suffer the most.

“Clearly decisions about how much to spend on the state pension are a difficult political balancing act but setting the age at a level the average Blackpool-born boy would never reach feels like a step too far.

“In fact recent data points to a sustained slowdown in life expectancy improvements in recent years, so any future changes to the state pension need to take this into account.

“Of course this slowdown may simply be a blip and comes after decades of unbroken improvements, but enacting any change in policy without first understanding this trend would be deeply irresponsible.

“Although it is highly unlikely this proposal would be adopted by any political party – or certainly any party with an interest in getting elected – it emphasises the point that state pension policy remains at the whim of politicians.

“If recent evidence is any guide, savers need to prepare for the possibility the state will provide them with less and plan accordingly.”
Life expectancy at birth – how the regions of the UK differ 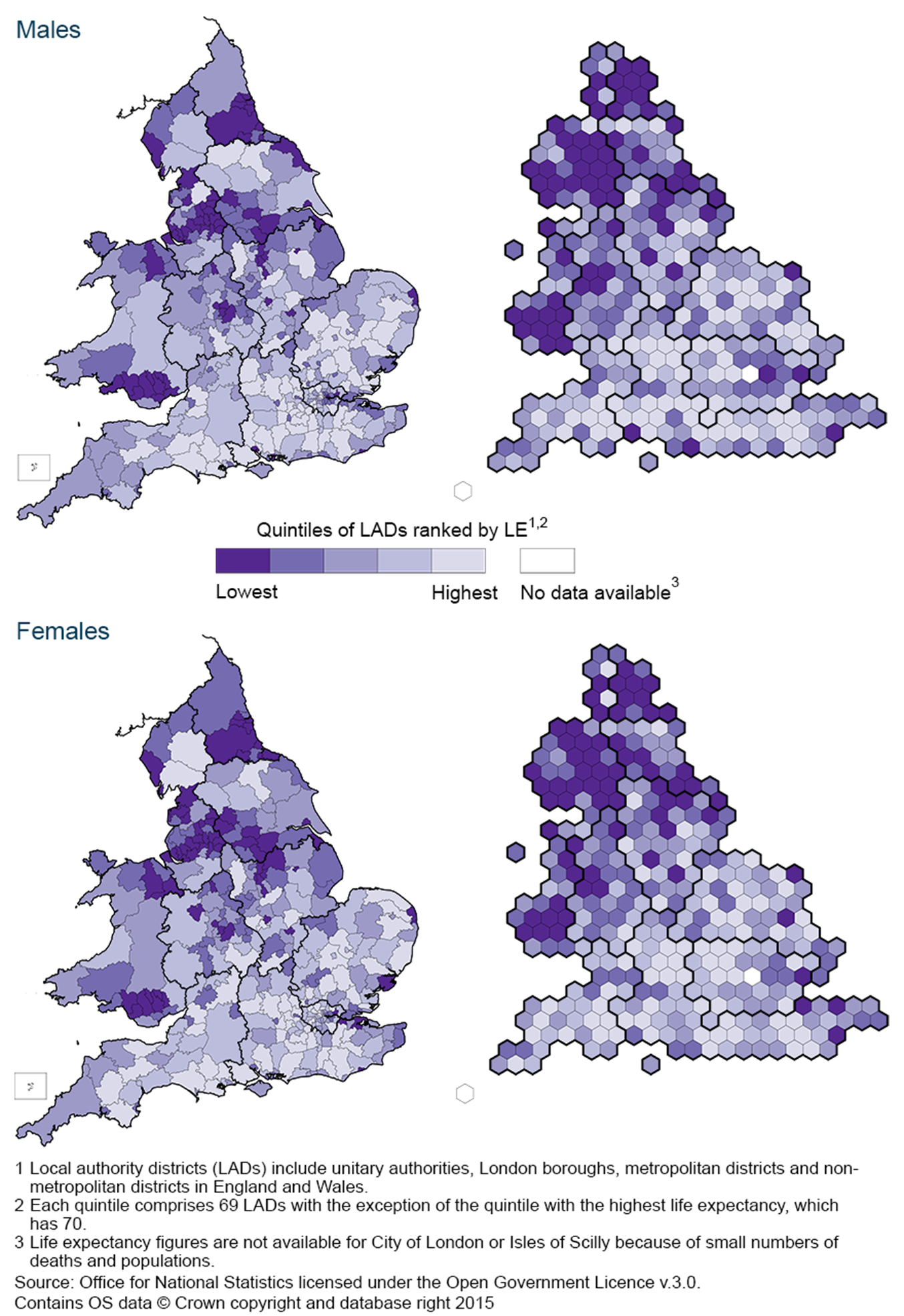