“A 68% jump in stated net income at Lloyds is giving the high street lender’s shares an early boost as investors feel the width of the bank’s first-quarter profits and decide not to worry about the quality,” comments Russ Mould, investment director at AJ Bell.
27 April 2017
Share:

“In keeping with other banks to have reported first-quarter figures this week, a modest improvement in underlying operating profit turned into a huge advance in the ultimate bottom line. 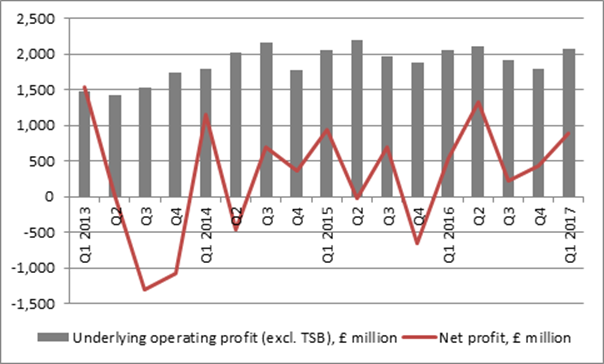 “Like many other banks, Lloyds’ stated profits have been weighed down by a combination of restructuring costs, bad loan write-downs and conduct and litigation costs (such as PPI compensation).

“What is odd about the Lloyds Q1s, in relation to the numbers released by the other banks, is that the sum total of these three figures rose year-on-year, to £864 million from £425 million, hindered by a further £550 million in conduct costs and another £350 million in PPI provisions (the August 2019 claims deadline clearly cannot come quickly enough): 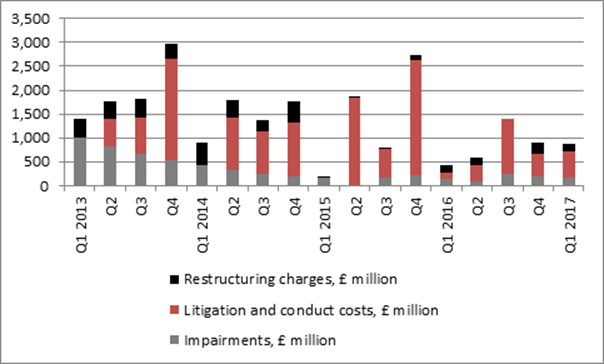 “The source of the improvement in Lloyds’ net income number was a £1.1 billion drop in other one-off costs, relating to a write-down on its own debt and market volatility last year, so the quality of the increase is not particularly high.

“Even so, Lloyds’ Q1s do highlight that underlying profits are consistently coming in around the £2 billion mark on a quarterly basis. This figure is unlikely to grow too much, given that the UK is a mature, highly competitive and tightly regulated market and any growth is likely to come from riskier lending in the areas of mortgages and credit cards – something that investors may not be keen to see anyway.

“Nevertheless, today’s numbers show that the bottom line could still advance rapidly if the bank can keep its nose clean and start to reduce impairment costs, litigation provisions and eventually finish its restructuring programme, then stated profits could rise markedly.

“The past few years would lead some to argue this is a fairly big “if” and the combination of modest underlying growth and low-quality bottom-line growth means Lloyds will need to offer a juicy dividend yield over time to tempt in investors – something that a drop in all of the restructuring, impairment and conduct costs could at least enable.

“The analysts’ consensus for 2017 is for Lloyds to hike its dividend to 3.5p from last year’s 2.55p (including special dividends). That would be enough for a 5% yield on a 70p share price, a figure which may attract income-seekers.” 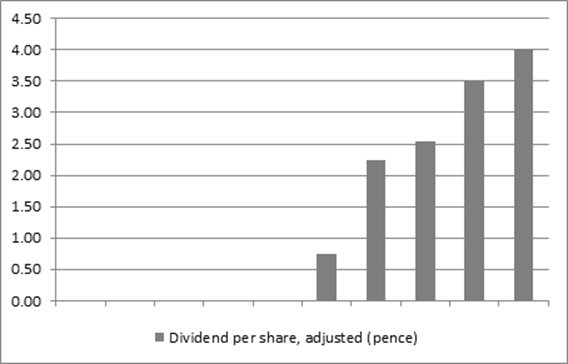