Second-guessing Tony Pidgeley, chairman is Berkeley Homes, is unwise, so it is not surprising that investors are taking heed by marking the shares higher this morning, as the company’s full-year results reveal it is still adding to land bank and planning further cash returns via a mixture of share buybacks and dividends.
21 June 2017
Share:

“History shows that when Pidgeley starts to sell land everyone should sit up and pay attention. Berkeley sold land and houses in the late 1980s in the view that the housing market had overheated and was vindicated by the vicious downturn of 1990-92, when the company began to build up its land bank once more, to the benefit of its balance sheet and shareholders alike.

“Yet Berkeley continues to grow its land bank in the view that demand for houses will continue to outstrip supply, despite the understandable concerns voiced by chief executive Rob Perrins about “prevailing macro uncertainty…..the combination of Brexit, global economic and political instability, increasing planning requirements and the recent increases in property taxation.” 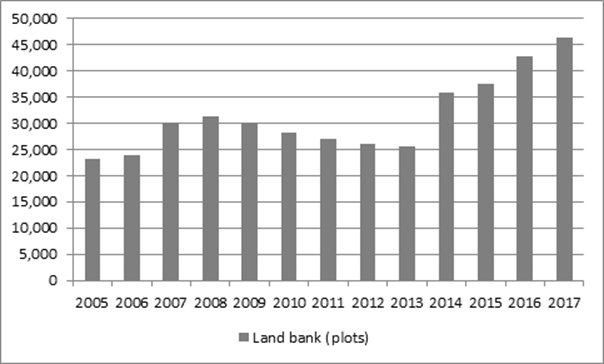 “Helped by strong demand, sales mix and its focus on London and the South East, Berkeley’s average selling price rocketed to £675,000, which in turn took the operating margin to a sector-leading 27.8%, up from 24.5% a year ago: 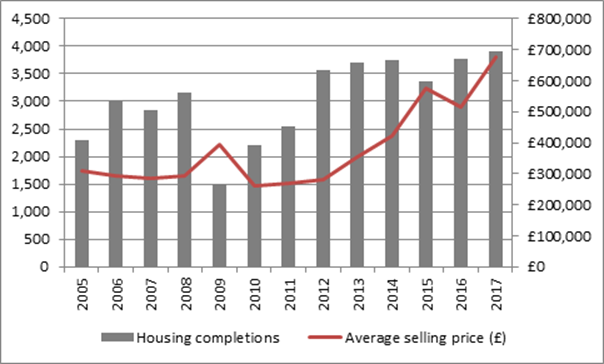 “Such lofty returns on sales mean cash flow is good and the balance sheet remains net cash, even after dividend payments and share buy backs worth £319 million.

“Under its capital return programme, Berkeley intends to return 800p a share to investors, at the rate of 200p a year over each of the next four years, equivalent to a 6% return on a share price of £33.10, via dividends or buybacks, a figure which means the FTSE 250 builder could appeal to income-seekers as much as it does to those investors seeking capital growth.”