Investors missed out on £1 billion in compensation due to £85,000 FSCS cap

•    Savers and investors have been undercompensated to the tune of £1 billion over the last 6 years as a result of the cap on compensation payouts (the-balancing-act-of-compensation.pdf (fscs.org.uk))
•    Almost half (£472 million) of this relates to pensions advice claims, according to the Financial Services Compensation Scheme (FSCS)
•    The FSCS is calling for the pensions compensation limit to be increased to better protect customers
•    Most claims to the FSCS are subject to an £85,000 cap – although if a life insurer fails then annuity payments are 100% protected
•    ‘Polluter pays’ model could boost compensation payouts and lower industry costs

“The FSCS provides hugely valuable protection for savers and investors in the event the firm they have trusted with their cash goes to the wall.

“This compensation scheme is not only vital in helping those who face financial disaster – it also gives people confidence their hard-earned savings will be safe even if the worst were to happen.

“However, the FSCS faces a delicate balancing act as the funds used to pay compensation come directly from financial services firms via an annual levy. In 2022/23 that levy is expected to be £625 million, and any increase in the pensions compensation cap would inevitably increase the pressure on the overall levy.

“If the compensation limit for pensions were to be increased, this should be as part of a broader review of how the FSCS is funded.

“As things stand, good firms doing the right thing by their customers are forced to fork out for huge FSCS levy bills in order to compensate the wrongdoing of a few bad apples. Where firms are found guilty of wrongdoing and are fined by the FCA, this money goes straight to the Treasury. 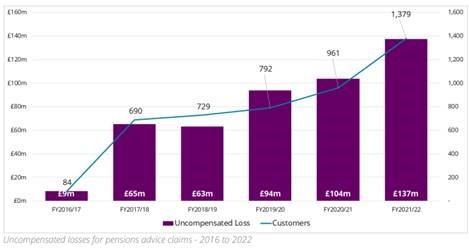 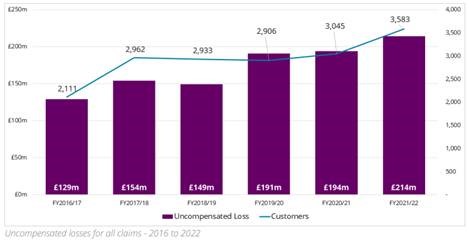