Lockdown savers stash another £17 billion in the bank

•    Households saved £17 billion into cash accounts in February, according to the latest Bank of England data
•    That takes the total saved since March of last year to £180 billion
•    That compares to £56 billion in the prior year, so £124 billion are excess lockdown savings
•    But interest rates are at record lows according to the Bank of England; instant access accounts are paying just 0.12% on average
•    …and £236 billion is held in cash accounts paying zero interest
•    As we approach the end of the tax year the average Cash ISA is paying 0.4% interest
•    AJ Bell analysis found that in the last ten years, the average Cash ISA has turned £10,000 into £9,772 after factoring in inflation; that compares with £20,760 from an investment in the global stock market

“UK consumers have collectively saved £180 billion into bank accounts since the pandemic hit last March, but they might as well have stuffed it under the mattress for all the interest it’s earning. Rates are at record lows, and almost a quarter of a trillion pounds is sitting in bank accounts paying zero interest. Hundreds of billions of pounds are slowly but surely losing their value in real terms, as inflation eats away at the buying power of all that cash paying negligible rates of interest.

“February saw £17 billion added to the UK’s cash hoard, and we can expect the data to show another bumper month for savings in March. Monthly savings should then moderate from April as the economy opens up, and people can finally spend a bit of money in gyms, hairdressers and pubs. However this will likely be a gradual deflation, reflecting the staged roadmap out of lockdown, continued uncertainty over the travel sector, and inevitable caution from some consumers over the ongoing health risks.

“Monthly savings are likely to remain elevated for the foreseeable future therefore, and the huge cash war chest accumulated by savers over the last year isn’t going to disappear either. The Bank of England reckons only 5% of excess savings made by consumers over the course of the pandemic will be spent, leaving a lot of money still sitting in bank accounts once the health emergency has eased, much of it totally inert.

“The accidental savers who have seen their bank accounts swell over the course of the pandemic should give some serious thought to what to do with the pandemic windfall. Splashing out a bit as social restrictions ease will naturally be high on everyone’s agenda. Paying off loans charging high rates of interest should also be at the top of the priority list. Beyond that, consumers need to think about whether they will be holding these savings for the short, medium or long term.

“For short term savings of under 5 years, cash is still the only real option, but it’s worth shopping around for the best rate, particularly if your holding money in a current account where your wages are deposited, because these accounts are likely to carry the worst rates of interest. So seek out proper savings accounts, and consider using fixed term bonds, which tend to offer higher rates of interest, in exchange for locking your money away for a bit longer. Premium Bonds also look relatively attractive, with an interest rate on the prize pool of 1% tax-free, though of course, that’s distributed unevenly.

“For savings that can be put away for the longer term, investing in the stock market should be a consideration. Over the last ten years, the average ISA has turned £10,000 into £9,772 when you factor in inflation, so it’s actually lost money in real terms. By comparison an investment in the global stock market over the last ten years would now be worth £20,760, after adjusting for inflation. As ever it makes sense to wrap any investments in an ISA to keep them protected from income tax and capital gains tax.

“If you’re concerned about market volatility, then a regular investment plan can smooth the ups and downs of investing in stocks. And if you’re rushing to beat the end of the tax year to use this year’s ISA allowance, you can park it in cash, and then drip feed it gradually into the market over the next twelve months.” 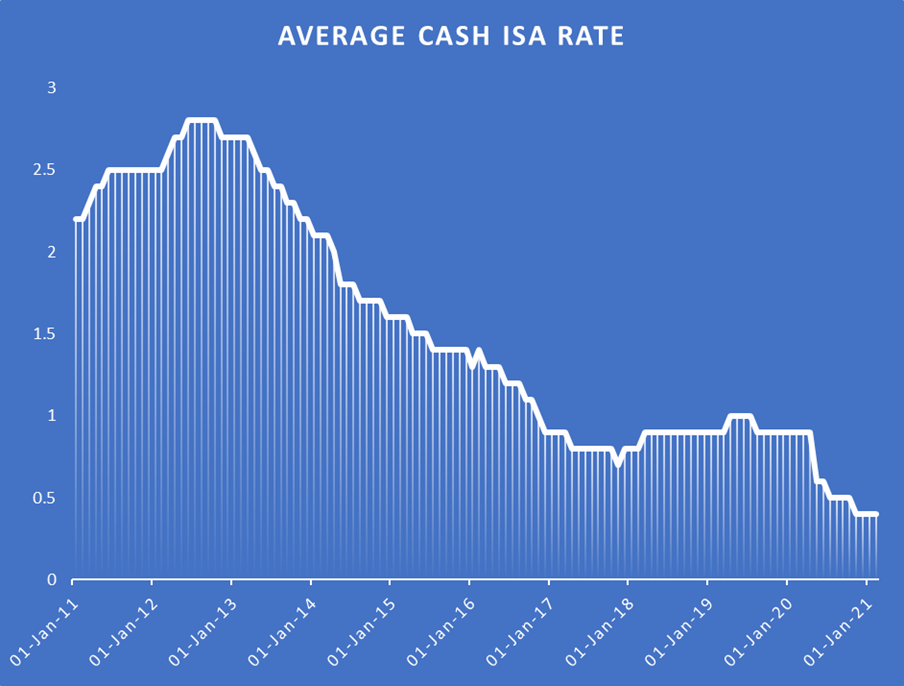 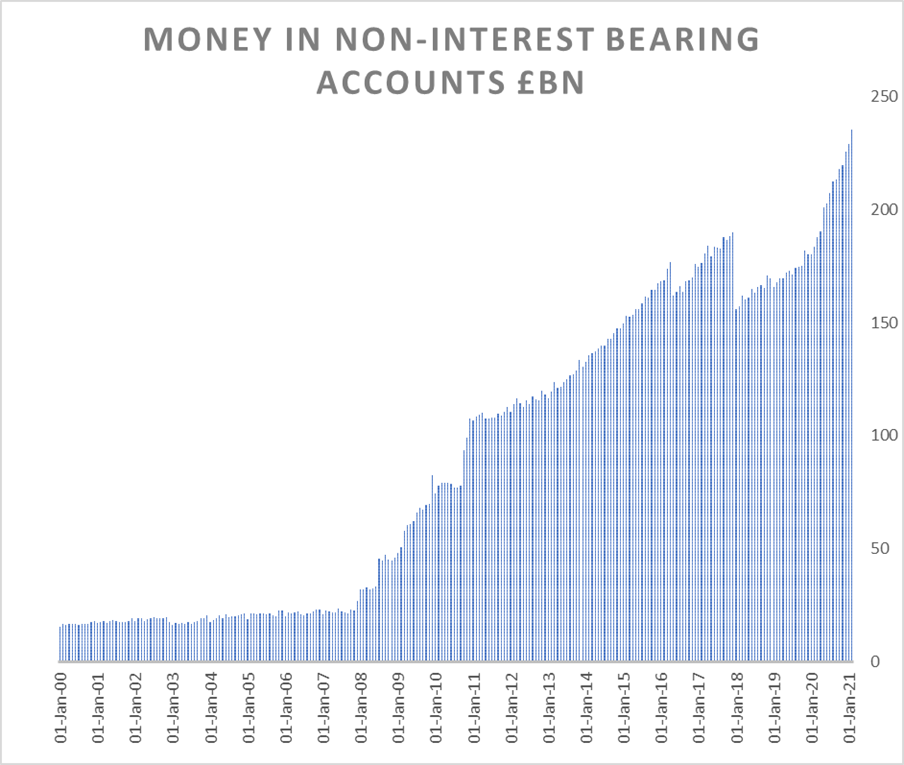