“A nearly flat mortgage approvals figure in November for the UK, according to today’s Bank of England statistics, reads less well than October’s 6% month-on-month jump and slightly undershoots the consensus forecast but it still represents the best number since March,” comments Russ Mould, investment director at AJ Bell.

“As such shareholders in the UK house builders may like to take some reassurance from the latest batch of data, following Bovis’ profit warning at the very end of last year, especially as house prices still appear to be firm.

“Even though that total does represent the sixth straight year-on-year decline in approvals, the rate of decline looks to have stabilised and November’s total was the best since March, to perhaps suggest the lengthy pre- and post-Brexit lull is coming to an end.

“Changes to Stamp Duty Land tax added to property market fears, despite the ongoing Help to Buy scheme and the creation of the Help to Buy ISA and Lifetime ISA, all of which are designed to help first-time buyers. 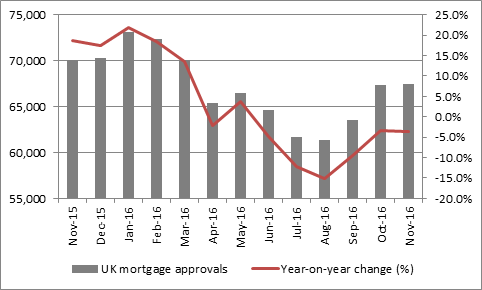 “This rebound could have further positive implications, as house prices look to track mortgage approvals, given the logical mechanics of supply and demand: 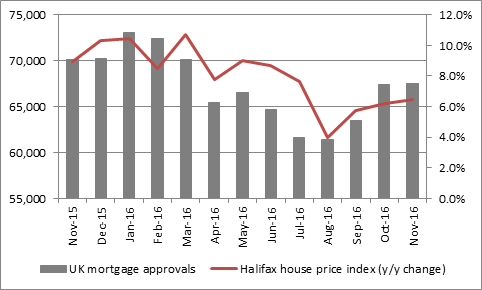 “If mortgage approvals drive house prices, house prices in turn seem to drive the FTSE All-Share Household Goods and Home Construction sector, although that relationship has become less clear of late (if anything the stocks are pricing in a sharp downturn). 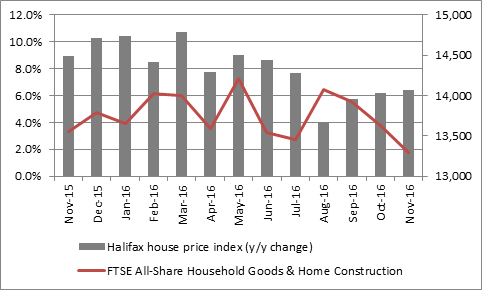 “A sustained uptick in mortgage approval rates, possibly helped by the Bank of England’s interest rate cut and renewed QE and bank funding schemes from the summer, could provide support to house prices and house builder share prices, given that the latter remain depressed relative to where they were earlier in the year, a situation not helped by the Bovis disappointment.

“All eyes will now turn to two key trading statements due in the sector next week. FTSE 100 members Taylor Wimpey and Barratt Developments are scheduled to release updates on Wednesday 11th and Thursday 12th respectively.”