Mucklow still in the money with Midlands property portfolio

“Mucklow’s 97.6% occupancy rate, modest £69 million net debt and broad spread of tenants across more than 20 locations and over 300 individual units also means that management is sanctioning a hike in the interim dividend. This puts the
Halesowen-headquartered firm on track for a tenth straight increase in its full-year distribution to shareholders. 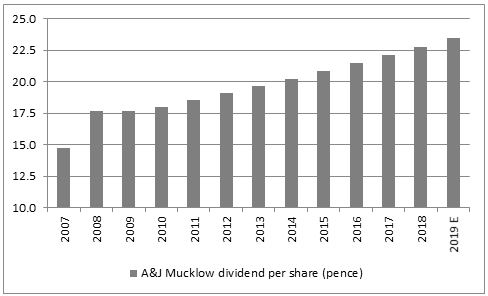 “That in turn puts the stock on a forward dividend yield of some 4.7%, which may appeal to long-term income seekers. This is by no means the highest yield available from the real estate investment trust sector that in itself is a bit of a back-handed compliment, because it shows that investors are not demanding a huge yield to compensate themselves for the risks associated with owning the shares. 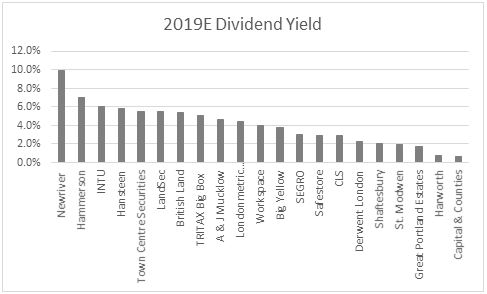 “The biggest yields – and thus those names where the dangers are perceived to be – can be found at those stocks with the greatest exposure to bricks-and-mortar retail, the City of London and major new developments (or a combination of all three), owing to prevailing fears about Brexit, a soft UK economy and the onslaught faced by physical shops from online rivals.

“This can also be seen in how real estate investment trusts are valued relative to their last stated net asset value per share number. 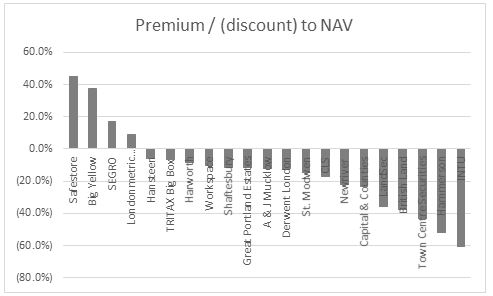 “In general, storage plays and warehousing and logistics experts trade at premia to net asset value, to reflect investors’ expectations of future increases in rents and asset values.

“By contrast, REITs with large retail exposure trade at big discounts to net asset value, as a result of concerns that asset values will fall in the future as rents sag and physical retailers either renegotiate terms, shut up shop or simply go out of business.

“Mucklow is not totally immune to some of these trends. In the year to June 2018, retail represented 15% of both net asset value and the annual £25.8 million rental income. Industrial sites represented two-thirds of assets and rent with offices and developmental areas the rest.

“If the UK were to suddenly plunge into recession there is a good chance Mucklow would be affected to some degree. Its net asset value per share fell by some 40% during the recession that accompanied the Great Financial Crisis, although the property portfolio is now more focused and has less exposure to speculative development. 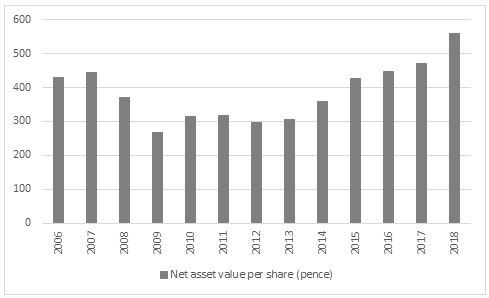 “Admittedly Mucklow’s solid numbers are hardly stirring investors into action as the shares are unchanged today and not far from the 12-month low they reached in December.

“However, it is interesting to see how the broader REIT sector has bounced this year and Mucklow sets the stage for the reports that are due shortly from SEGRO (15 Feb), INTU (20 Feb), Derwent London (26 Feb) and Town Centre Securities (26 Feb).”