NatWest plays it by the book with buyback

“NatWest’s move to buy back 4.9% of its shares from the Government adds up in one sense, in that the price paid, at 190.7p, comes in way below the bank’s last reported tangible book value, or net asset, value per share figure of 261p,” says AJ Bell Investment Director, Russ Mould. “The lowly price paid offers a welcome contrast to the majority of share buybacks.

“Most firms – Next being a welcome exception – run buyback schemes in a willy-nilly fashion, acquiring the shares at any price in a manner that would make even inexperienced investors blush, as they ignore the most basic tenet of all, namely that you buy low and sell high, not the other way around.

“However, there are still some caveats here. For the price to truly be bargain, NatWest needs to make a sustainable return on tangible equity (RoTE) that exceeds its cost of capital – and last year’s negative 2.3% RoTE hardly fits that bill. NatWest had abandoned the 15% return on tangible equity target laid down by then-CEO Stephen Hester back in 2009 and given up on achieving the 12% targeted by his successor, Ross McEwan. Current CEO Alison Rose had been targeting 9-11% for 2021, at least before the pandemic hit.

“In addition, the valuation of the assets needs to be on the money and not subject to further write-downs and loan impairments.

“The problem is that NatWest’s recent record on both counts is pretty spotty. TNAV per share continues to decline – although this is partly because the coming has been shedding assets in an attempt to shrink itself back to full health – and RoTE has, on a stated basis, been all over the place, thanks to a final rash of PPI claims in 2019, a jump in loan impairments owing to the pandemic in 2020, to name but two reasons. 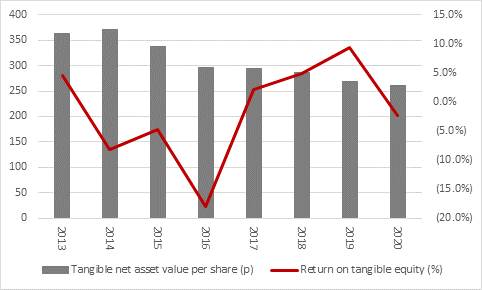 “This may be why HM Treasury chose to sell the shares to NatWest itself, rather than sell the stock to institutional and retail investors, even if banking stocks are trying to forge a recovery, encouraged by hopes for an economic upturn, rising bond yields and a steeper yield curve. All three factors could help to boost banks’ profits and thus NatWest’s book value and RoTE. 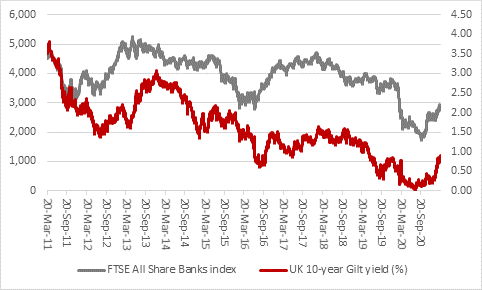 “Equally, Alison Rose’s predecessor as NatWest’s chief executive, Ross McEwan, did make it a goal to get the Government’s stake down, and the bank and Government alike feel this is a good step in this direction.

“Buying at a discount to book does help and cancelling 390.7 million shares does increase all other shareholders’ percentage claim on NatWest’s assets, cashflows and thus future dividend stream. They are both positives.

“But from a shareholder’s perspective, getting the Government’s stake down is a worthy goal - but it is not a strategy. And it is strategy which ultimately determines the returns that NatWest makes on its assets, thanks to how capital is allocated and the company’s competitive position is developed. And it is those returns in turn which will ultimately dictate profits, cash flow, dividends and how the shares do – regardless of who owns them.”