Official statistics authority recommends ditching RPI: what could it mean for savers and investors?

•        The UK Statistics Authority has today recommended the Government scrap the Retail Prices Index (RPI), arguing it is “not a good measure” of inflation
•        Chancellor Sajid Javid has agreed to consult on merging CPIH, the current preferred inflation measure, and RPI - but not until 2025 at the earliest
•        If RPI is eventually ditched, the move could have significant ramifications for savers and investors

“While the statistics authority wants the Treasury to abandon RPI as a measure of inflation, the Chancellor has thrown the decision deep into the political long grass.
“In the current environment political commitments struggle to last 5 days, so a promise to consult in over 5 years’ time is somewhat farcical.
“The Government’s reticence to abandon RPI is likely in part driven by the fact it has been used as a money-making machine in recent years.
“For example, back in 2011 the Government chose to switch the inflation measure used for public sector pension increases from RPI, which on average tends to be the higher of the measures, to CPI, saving the Treasury tens of billions of pounds in the process.
“However, in the case of student loan repayments RPI has been retained, again to the benefit of the Exchequer. A cynic might spot a pattern of behaviour emerging when it comes to the selective use of RPI and CPI.” 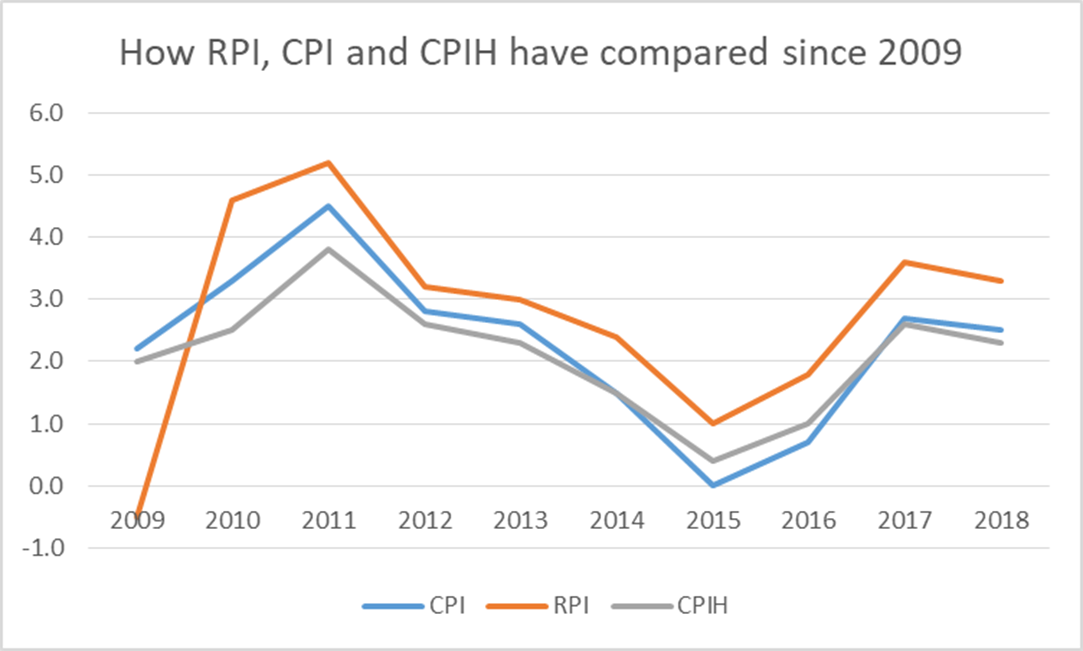 Pensions and investments
“If RPI is eventually scrapped, the Government will have to figure out what to do about the existing stock of products and benefits where the inflation measure is used.
“Some private sector defined benefit pension schemes have RPI-linked increases baked into their scheme rules, for example, while millions of people have bought annuities which rise in line with RPI. Investors who have purchased index-linked Government gilts from the Bank of England also see the value of their coupon or yield increase in line with RPI.
“It is far from clear what would happen to these savers and investors in the event RPI is ditched altogether. Any move to rip up existing contracts would inevitably end up in a messy legal challenge.
“As a result it may be that, even if RPI is ditched officially, the ONS will need to continue producing a notional figure in order to ensure those with RPI-linked products are not adversely affected.”