Although the better-than-expected first quarter results are putting BP at the very top of the FTSE 100 leaderboard in early trading, with a 2% gain, sceptics of the stock will point out that free cash flow yet again does not cover the quarterly dividend payment of $0.10 a share, fuelling debate over whether the oil major’s shareholder payout could eventually come under pressure.
2 May 2017
Share:

“The oil price, as benchmarked by Brent crude, averaged $54.70 a barrel in the first quarter of 2017, a 55% increase on the $35.3 a year before. Helped by cost cuts and efficiency programmes, BP made the most of this increase as stated operating profit jumped from a loss of $425 million to a profit of $2.6 billion

“Replacement cost profit – which adjusts for movements in held inventories and therefore attempts to iron out some of the effects of oil price volatility – surged from a loss of $293 million to a profit of $2.6 billion. 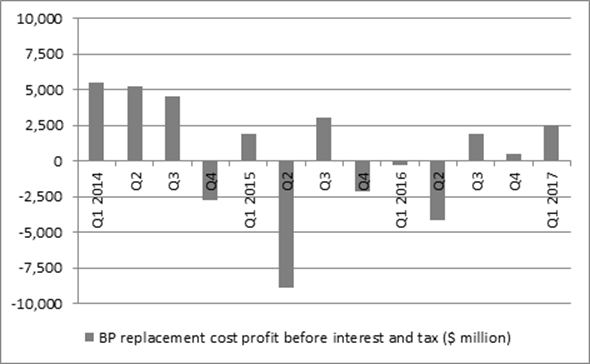 “Boosted by the surge in the oil price, BP’s upstream operations (exploration and production) racked up a profit of $1.3 billion against a $109 million loss a year ago, on a replacement cost basis. Downstream (refining and petrol stations) made $1.7 billion against $1.9 billion a year ago.

“The good news is that higher profits translated into improved cash flow and it is cashflow that funds dividend payments to shareholders.

“To no-one’s surprise, BP left its quarterly dividend of $0.10 a share unchanged and an unchanged payment for the whole of 2017 would leave the stock on a yield of some 7% - the third highest in the FTSE behind only Direct Line and Royal Dutch Shell.

“However, cashflow failed to cover the quarterly dividend for the seventh time in a row, despite a planned hefty cut in capital investment, to provide fuel to sceptics who argue that BP may have a difficult decision to make one day, if the price of oil fails to progress further (and even begins to drop again).

“BP last cut its dividend in 2010, after the Macondo disaster, and before that in 1992, so no such decision will be taken lightly and it seems unlikely that any such move is under consideration now.

“Yet income investors like to choose stocks where earnings and cash flow cover the dividend by a healthy degree, ideally two times, and BP fails on this count – earnings cover is 0.9 times for 2017, based on consensus analysts’ forecasts.

“If oil does not rise further BP will therefore have to fund the dividend with capital investment cuts, asset disposals (where the company has just raised $1.7 billion of its $5 billion-plus target for the year with a joint-venture sale in China) and potentially higher debt.

“Each of these could weaken the oil major’s long-term competitive position if deployed over a long period of time, to the potential long-term detriment of earnings power and the company’s valuation, in exchange for the short-term gain of maintaining the dividend.

“Royal Dutch Shell faces the same issue and it will be interesting to see how its earnings and cash flow look when it reports first-quarter results on Thursday.” 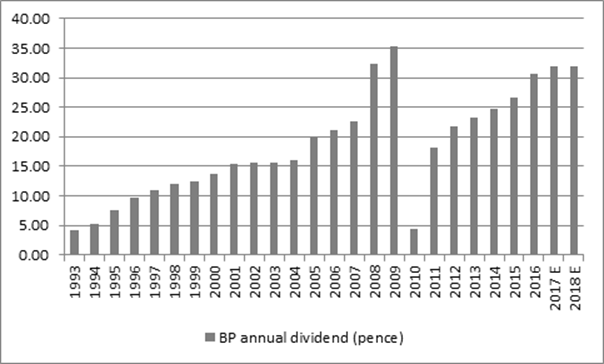