•    The Pensions Regulator (TPR) is launching an offensive against employers who it suspects are not complying with automatic enrolment rules (Spot checks to be targeted at suspect employers across the UK | The Pensions Regulator)
•    ‘Spot check’ inspections will focus on firms that have failed to make the correct contributions for their staff
•    On-site inspections were paused during the pandemic but are now set to be carried out across a number of regions and cities including Manchester, Nottingham, London and Belfast
•    TPR has used its enforcement powers over half a million times since the reforms were introduced in 2012 (Compliance and enforcement bulletin July to December 2021 | The Pensions Regulator)

“The Pensions Regulator’s on-site enforcement activity was understandably curtailed by the pandemic. With COVID restrictions now lifted, TPR is sending a message loud and clear to any employer temped to dodge their auto-enrolment duties – we are watching you.

“It makes sense for the regulator to focus its attentions on firms who it suspects are not making the right contributions to their employees’ pensions. This is ultimately what matters most to staff, particularly as minimum contributions under auto-enrolment are already unlikely to deliver the standard of living in retirement many people are hoping for.

“Where non-compliance happens by genuine error, TPR’s approach has been to work with employers to sort this out. However, the regulator has a hefty toolbox of power at its disposal for persistent offenders, including daily fines of up to £10,000 depending on the size of the business.

“TPR hasn’t been backward in coming forward since auto-enrolment started, using its enforcement powers a whopping 600,000 times over the past decade.

“This in part reflects the complexity in complying with the rules, particularly for small businesses who previously had little or no engagement with pensions at all.” 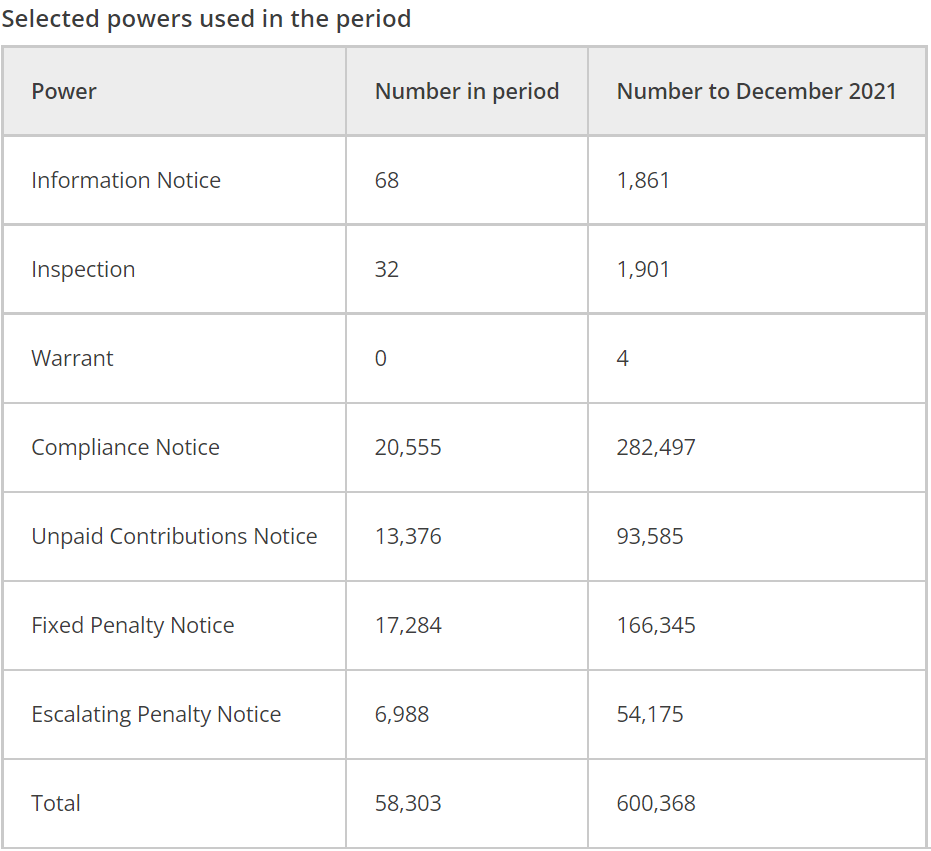