“Some economists may be tempted to argue that the housing market is broken having gone through the cycle outlined by former US President Ronald Reagan, who once slammed typical cycle of Government economic policy as a case of ‘If it moves, tax it. If it keeps moving, regulate it. And if it keeps moving, subsidise it,’” says AJ Bell Investment Director Russ Mould. “Yet the management team of Persimmon seem more optimistic than that as the York-based firm continues to add to its land bank, increase completions and plan generous cash returns to shareholders, even as the stamp duty holiday nears its close on 1 October and one form of subsidy goes away to be replaced by the original tax.

“Persimmon spent £200 million on its land bank in the first six months of 2021, as it added 10,272 plots and took the total to 85,771. Buying land at the right price at the right time of the cycle is a key skill for any builder as it lays the foundations for future growth and future profit margins.

“The land grab suggests that Persimmon feels the market is going to remain buoyant for some time to come, which makes sense given the ongoing imbalance between supply and demand, a possible post-COVID shift in demand to bigger, suburban dwellings and ongoing Government support (or subsidies) in the form of the latest version of the Help-to-Buy scheme. That is due to run until 2023. 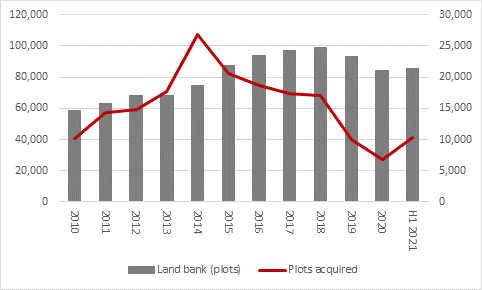 “Persimmon’s operating margins are already healthy, at 26%, especially as volumes recover and price rises compensate for cost inflation. Nor did Persimmon take any further provisions relating to the cost of remediating cladding on buildings, to leave the total at £75 million. 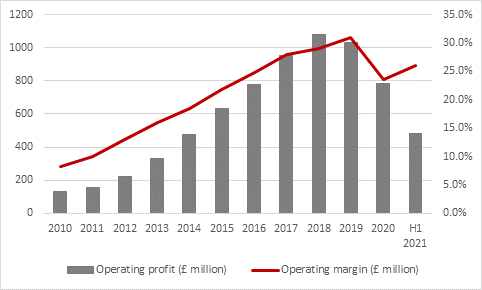 “Persimmon seems confident in achieving its goal of 10% volume growth this year, to around 15,000 completions, and prices continue to rise. Both trends underpin analysts’ forecasts for a return to 2019’s levels of profitability by 2022 and also healthy dividends for investors. 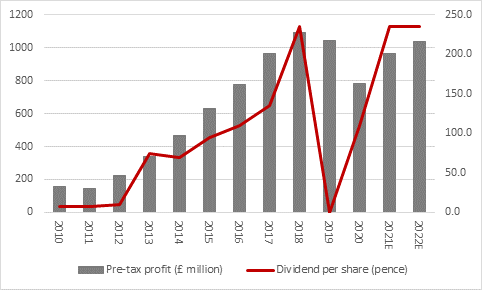 “The current plan to pay a dividend of 235p a share in two instalments equates to a yield of more than 8%, which will likely appeal to income-seekers. However, those seeking capital gains may be treading a little more warily, as they ponder the trajectory of the economic recovery in the wake of the pandemic, the end of the stamp duty holiday and also Persimmon’s valuation. The yield is tempting and the earnings multiple far from lofty but Persimmon trades on more than 2.5 times historic book value.

“Analysts tend to argue that housebuilders are cheap when they trade on one times book value or less and expensive when they trade at two times or above. Even allowing for the substantial profit potential of that plump land bank, that lofty book value multiple already prices in a lot of future growth and perhaps that it why Persimmon’s shares continue to go sideways – they are no higher now than they were in March or indeed summer 2018.”