"At least the figures that investors will be assessing are the company’s profits rather than the (former) chief executive’s pay, although it does not seem to be helping Persimmon’s share price too much,” says Russ Mould, AJ Bell Investment Director. “Even the news that the house builder is going to make profits that exceed analysts’ forecasts and get to somewhere around £1.1 billion is not enough to get the shares going.

“Admittedly, the share price chart is an ugly one, with that awful pattern of a succession of lower peaks that has technical analysts chuntering about more downside to come, unless the share price can break that sequence and forge a fresh, higher high. 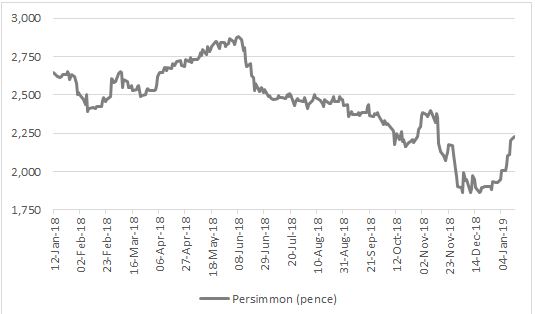 “Equally, those investors who prefer to focus on profits and cash flow and valuation rather than squiggly lines might be tempted to take a look, especially if they have a contrarian streak to them.

“The sector has done badly over the past year, in a stock market that remains unloved on the global stage, and yet the house builders offer the security of net cash balance sheets and fat dividend yields, underpinned by strong demand from buyers who, in many cases, are receiving Government support via the Help-to-Buy scheme until 2023.

“After the last year’s share price slides, the FTSE 100 and FTSE 250 builders overall now come with a price/earnings ratio for 2019 that is below their dividend yield.

“This is usually investors’ way of politely saying that they think the earnings forecasts are too optimistic and not to be trusted, which is perhaps understandable given the lack of clarity over Brexit and the mixed data coming out of the UK economy.

“But even if the headline consumer confidence data from GfK makes for grim reading, the major purchase indicator is still up year-on-year and there can be no bigger purchase than a house. It will be interesting to see if this uptick continues and translates into consistent demand for mortgages and housing. 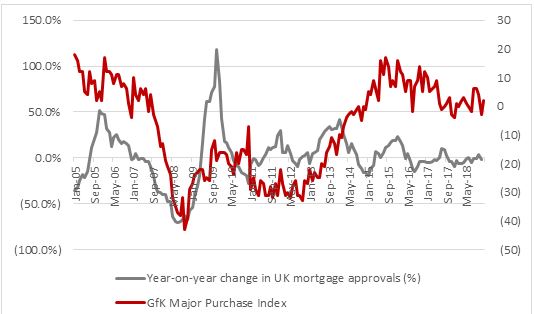 “If so, that could be a potential catalyst for the downtrodden house builders, where even earnings that meet expectations rather than beat them could be enough to get investors interested, given their lowly valuations in earnings and also net asset, or book, value.

“The average across the major builders is now just 1.55 times with Crest Nicholson, Barratt and Bovis all trading near the magic one-times book value level – and that is using historic net asset value per share numbers. Further profits should increase book value and make those multiples look even cheaper, assuming the shares simply stay where they are.”