“It is hard to imagine a much more difficult environment for a manufacturer of touch-sensitive screens than a pandemic and a time when people are shunning contact, but Zytronic’s trading update hints that the firm’s sales, profits and cash flows may finally be emerging from the doldrums,” says AJ Bell Investment Director Russ Mould. “Chief executive Mark Cambridge’s comment that the Tyneside-based firm’s second half profit will erase the first half’s loss and lead to a better-than-expected profit for the year to September is giving the shares a long-awaited boost. They are the biggest gainers on the AIM market so far today.

“Zytronic’s touch-interactive displays need to be tough as they are used in vending machines, gaming machines, public displays and banks, to name but a few, so they need to be able to deal with some rough handling and potentially bad weather.

“The firm itself is now proving its resilience, helped by a net cash balance sheet, as it looks to bounce back from not just the pandemic but downturns in both the gaming and banking markets, thanks to the regulatory pushback against Fixed Odds Betting Terminals and branch closures and the rise of the cashless society respectively.

“The £17 million cap company’s Board has generally run a tight ship since its flotation back in 2000 and only rarely has the firm had a net debt position. So robust were its finances that Mr Cambridge and his colleagues even sanctioned a tender offer earlier this year, as Zytronic bought back £6.7 million of stock, or 29% of its issued shares.

“The fact that the Board felt able to dispense with this cash was one hint that they were confident the firm would come through the latest downturn in its fortunes and reach the other side. The company still had £7.8 million in net cash after the tender offer. 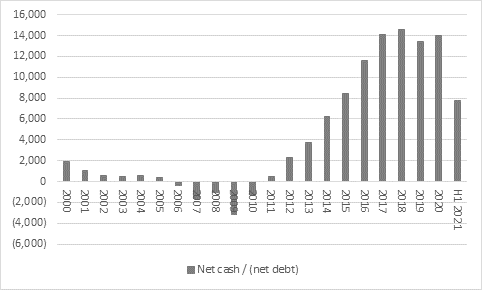 “Management’s careful management of cash will be the result of its experience of previous product cycles and the nature of the business.

“The lumpy nature of contracts and limited visibility means profits can move sharply up or down in the near term. Since the firm’s flotation in 2000 annual profits have fallen year-on-year on four individual occasions - 2002, 2007, 2010 and 2013 – before suffering a longer dip from 2018 to 2020. 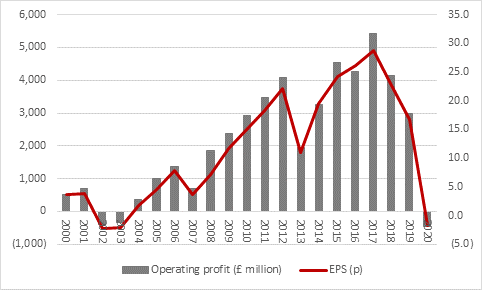 “It is unlikely that Mr Cambridge and his colleagues will be getting too carried away, even if sales in the second half were 30% higher than those of the first and Zytronic is breaking back into profit for the full year ahead of expectations.

“Yet when things go well at Zytronic they really can go well.

“The company’s expertise in handling and processing glass, plastics and laminates represents both a key competitive edge and huge barrier to entry to would-be rivals. Zytronic shapes the materials, drills holes in them and then prints on them before making the screen a touch sensor through the deployment of a combination of clever software and electronics.

“Operating margins can exceed 20% when the business is really humming and the factories are moving toward full capacity and the company can point to a run between 2008 and 2017 when net profits exceeded £1 million every time. 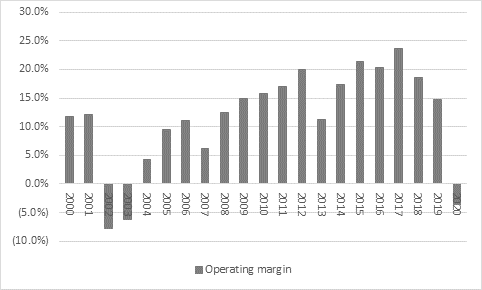 “It will be interesting to see if the pandemic disrupts what had looked like long-term growth drivers for the business.

“There had been a clear trend toward displays of 30 inches across, or larger, as buyers looked to better engage with their own customers or boost productivity in their own operation.

“This was good news for Zytronic because it meant more capacitive technology components per unit and that boosted profit margins. A trend toward more complex, multi-touch, multi-user sensors and displays was also bringing similar benefits.

“It remains to be seen whether those trends pick up pace in a post-pandemic world and, if so, how quickly.

“But at least Zytronic’s cash pile and its lowly valuation offer some downside protection to shareholders.

“The firm’s £20 million market capitalisation is underpinned by £7.8 million in net cash, so investors are effectively valuing Zytronic’s operations at £12.2 million. This does not seem to be a king’s ransom whose sales and net profit since 2000 have averaged £14.7 million a year and £1.7 million a year respectively, and whose net profit peaked at £4.6 million.

“Granted, clear risks remain, over and above the pandemic (as if that were not enough on its own). Zytronic must continually adapt to shifts in technology and investment in development to meet the needs of its customers but it must do so with limited revenue visibility. The order book usually extends for only a few months and there are no service or maintenance revenues to speak of, since reliability must be a key initial selling point.

“But that £20 million market cap compares to peak net profits of £4.6 million – or just 4.4 times peak profits and just 12 times average net profits. Both multiples suggest the recovery in the shares has further to run providing trading begins to return to something akin to historic norms.”