Reasons to stay positive now Awful April is almost over

Laith Khalaf, head of investment analysis at AJ Bell, looks at some positive aspects of personal finance amidst the doom and gloom of Awful April:

“Whether it’s been tax hikes, the cost of living crisis, or the war in Ukraine, doom and gloom hasn’t exactly been hard to find in April. The downbeat mood around household finances is palpable, and understandably so, with the price of essential items rising so rapidly. At tough times like these, we find it natural to focus on the problem at hand, and batten down the hatches. But it might add a bit of relief to remember some of the improvements we’ve seen in the personal finance arena in recent times. None of these diminish the genuine financial strain that is being felt by households right now, but focusing on some positive developments might just help us feel a bit more upbeat about the current state of personal finances, if only for a while.”

A decade of stock market growth

“Let’s start with the stock market. It’s been an excellent period for investors, with £10,000 invested in the average global fund ten years ago being worth £28,000 today. Even an investment in the spluttering UK stock market would have more than doubled your money, turning £10,000 into £20,500, if you had purchased a typical UK equity fund.

“Right now, there are quite legitimate concerns around the valuation of the US tech sector, and the potentially damaging effect interest rate rises and inflation may have on global economic growth. These issues raise the question of whether a bear market is waiting in the wings. This is actually always a possibility, and simply part and parcel of stock market investing. But the good news is that even if share prices take a big tumble, many investors would still be sitting on a healthy profit, thanks to the tremendous returns made by the global stock market over the last decade.” 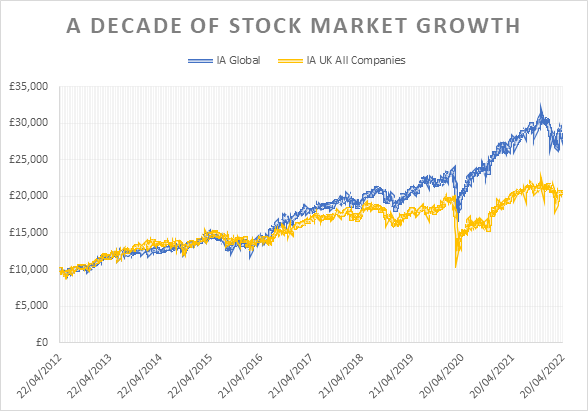 The cost of investing has fallen

“The cost of investing has also fallen significantly over the years. 1% used to be a fairly competitive dealing commission for stockbrokers to charge twenty years ago. So on a £10,000 trade, you might pay £100 in dealing fees. Now you’re more likely to pay a flat fee somewhere in the region of £10.  Indeed, some platforms don’t charge any commission for share deals, like Dodl by AJ Bell, which has just been launched.

“Annual fund charges have come down significantly over the years too. It’s now possible to invest in a plain vanilla index tracker fund for as little as 0.2% a year, including platform charges. By way of contrast, consider that when the government introduced Stakeholder Pensions as a ‘cheap’ option for savers in 2001, the annual charges were capped at what was then a competitive 1% a year, and the funds on offer were largely passive. The difference lower charges can make to a £10k savings pot is substantial, as the chart below shows.” 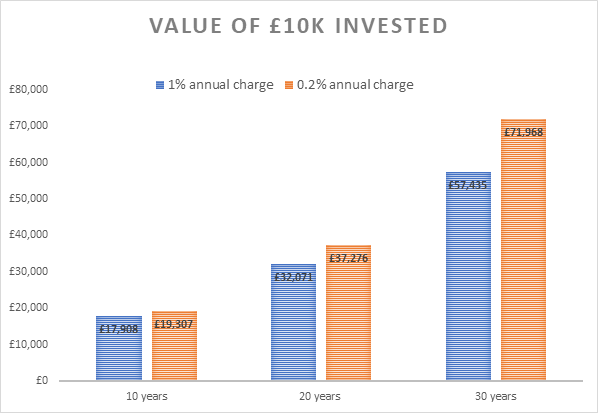 Source: AJ Bell, based on 7% growth before charges

“The Pension Freedoms introduced in 2015 mean that savers have much more control over how they draw on their pensions, rather than being shunted into an annuity, many of which were poor value rollovers offered by pension providers. As interest rates have tracked lower, and taken annuity rates with them, the Pension Freedoms have undoubtedly helped many people avoid locking into a low income stream for life. They have also given investors greater flexibility about how to draw on their pension, and the ability to keep it invested for growth and income beyond their retirement date. Around 90% of people accessing their pension today don’t use an annuity, which is pretty much a mirror image of how things looked before Pension Freedoms, when nine out of ten people bought an annuity.

“It’s also almost ten years since automatic enrolment was introduced, which requires employers to set up, and pay into a pension for their staff. Since the reforms were introduced in 2012, the proportion workers participating in a workplace pension scheme has risen from 47% to 79%. Critics will say that the 8% total contribution rate doesn’t go far enough to replace the final salary schemes of yesteryear. That may be so, but the cost of final salary schemes simply became unaffordable as life expectancy shot up. We can also point to the fact that automatic enrolment doesn’t do anything for the self-employed, who have to fend for themselves on the pensions front. Again, that’s true, but the numbers show that automatic enrolment has still been a success story, and offers a good foundation from which it can be expanded. That’s particularly the case when you consider that at the launch of the scheme, naysayers predicted automatic enrolment would simply flop, because workers would just opt out in their droves.” 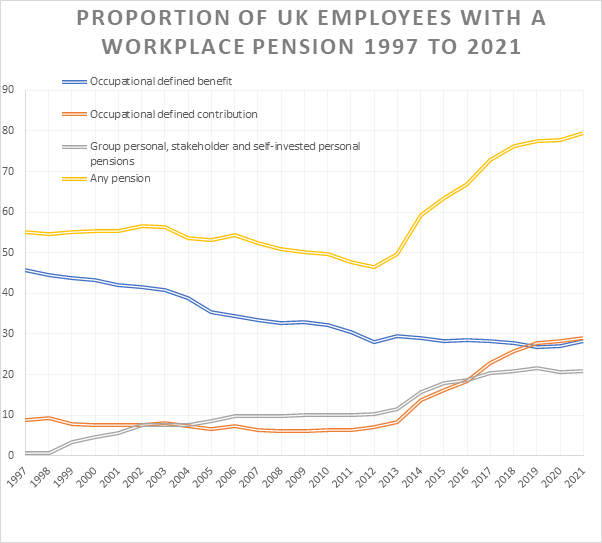 “The humble ISA is also worthy of an honourable mention. It’s a tax shelter that can all too easily be taken for granted. The £20,000 allowance is now extremely generous, and is supplemented by a £9,000 allowance for Junior ISAs too. That compares to an annual allowance of £7,000 when ISAs were introduced in 1999. We often expect tax allowances to be uprated in line with inflation. Well, if that had been the case for ISAs, the annual allowance would now be just £11,350 (based on the CPI index).” 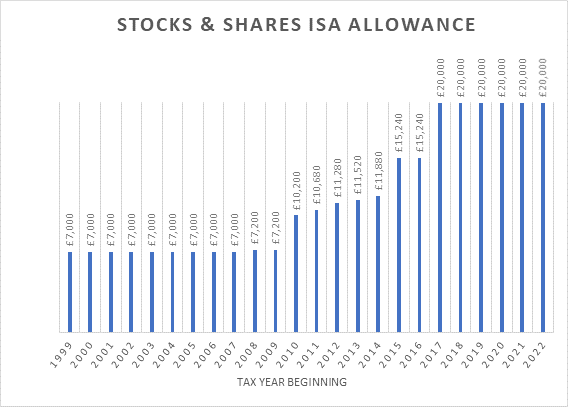 “Finally, saving and investing is so much easier than it used to be, now that it is done online or on a mobile device. To open an account to invest in shares used to require an application to be posted to your broker along with a cheque, and often anti-money laundering documents like a certified copy of your passport and a utility bill. Now you can set up an account and start investing within minutes via your smartphone.”