“SSE is one of just 27 FTSE 100 members to have increased its dividend each and every year for the last 10 years, so investors will be heartened by CEO Alistair Philips-Davies’ confirmation that it is on track to meet earnings expectations and raise its shareholder pay-out at the rate of retail price inflation (RPI) at the very least for both this and subsequent years.

“SSE is one of the 10 highest yielding stocks in the FTSE 100 and its dividend cover is slightly better than this grouping on average, even if its (admittedly tightly regulated) earnings are more predictable than the profits offered by the other high-yielding names. For 2017, SSE’s profits are forecast to cover its dividend by 1.33 for 2017, slightly higher than the 1.28 average for the top 10 overall. 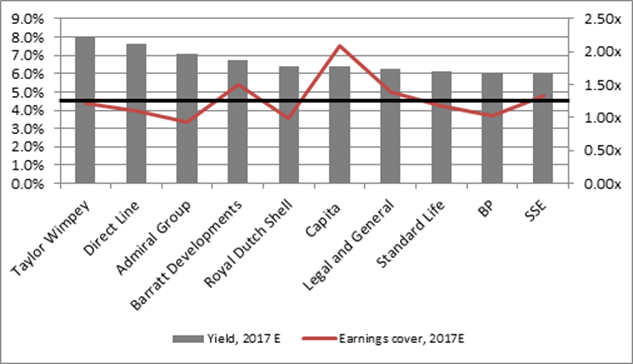 “Better still, SSE is planning on growing its plump dividend. History shows it is stocks which grow their dividend over time which can provide the best total shareholder returns, especially once dividends are reinvested.

“On a total return basis, however, once dividends are harvested and then reinvested, the picture is very different. SSE has generated a total return of 75%, compared to 66% from the FTSE 100, to show that investing does not have to be exciting, if you pick the right firm and can afford to be patient.”