Value-seekers yet to embrace Babcock

“Even though they are trading near four-year lows, shares in Babcock are receiving little love from investors this morning, even as the support services giant offers some reassurance on its order backlog in a brief first-quarter trading update,” says AJ Bell Investment Director Russ Mould.
13 July 2017
Share: 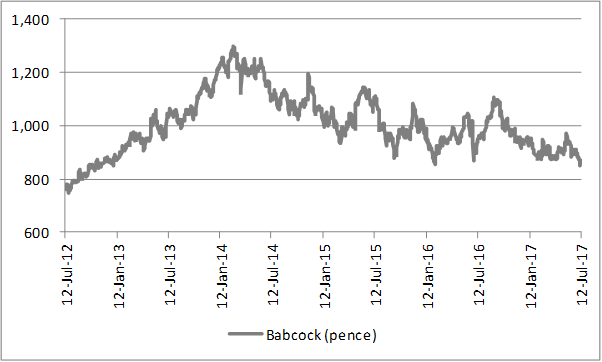 “Chief executive Archie Bethel noted that the backlog had stabilised at £19 billion, enough to provide visibility of 82% of this year’s forecast revenues and 55% for next. 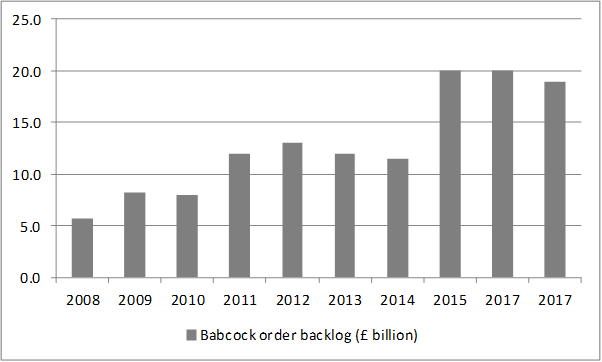 “Such visibility, coupled with the streak of annual dividend increases which goes back to 2003, should appeal to investors but they seem wary of a stock that has yet to regain its sparkle under Bethel, who took the reins from longstanding boss Peter Rogers last August.

“There appear to be three issues hanging over the stock which could explain the poor share price performance:

“Strong order intake and fresh increases in the order backlog may be needed to tackle the first two issues but the third may have largely taken care of itself already, given the grinding share price decline.

“At the £13 peak in 2014, Babcock was trading on nearly 19 times forward earnings with a dividend yield of 1.8% - a big premium and a big discount to the wider UK market respectively.

“After that slide to 874p the shares now trade on barely 11 times earnings with a 3.2% dividend yield, based on consensus analysts’ forecasts – much cheaper than other dependable defensives like Bunzl or Unilever, for example.”