“And so once more the US Federal Reserve’s indecision is final. Chair Jay Powell and colleagues have determined that a ‘moderation in the pace of asset purchases may soon be warranted,’ while nine members of the Federal Open Markets Committee expect an interest rate rise in 2022. However, nine do not and it is hard to see this meeting as advocating anything like a ‘hawkish’ or fierce shift in policy, given that interest rates are still anchored at record lows and the Fed’s balance sheet’s asset total stands at all-time highs,” says AJ Bell Investment Director Russ Mould.

“Nor is the Fed’s forecasting record any good – it’s no better than that of any economist or investor, anyway. Just look at what its dot plot of September 2016 suggested would happen. 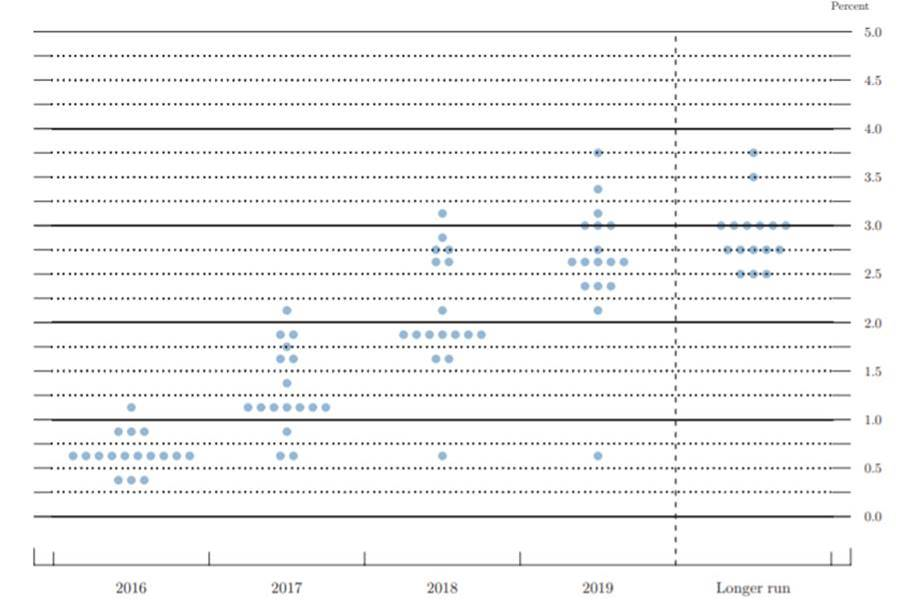 “Granted, US interest rates got to 2.5% in December 2018 almost bang on schedule, but the US economy couldn’t take the strain, so the Fed started cutting again in autumn 2019, well before the pandemic prompted slashing cuts in spring 2020.

“Even without the pandemic, Fed officials’ dot plot would have gone astray. This is understandable as the FOMC members are but human. They have no crystal ball, and they are as prone to error as the rest of us. 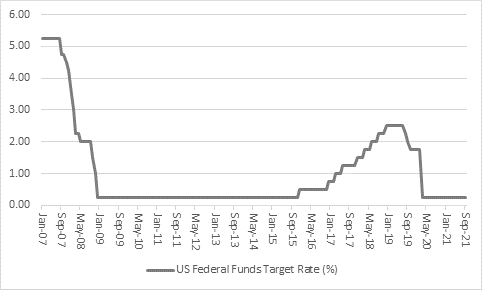 “Even if rate rises do begin, they will be gentle. And even if Quantitative Easing (QE) is tapered to zero from $120 billion a month by the end of 2022, that will not ‘end’ the monetary stimulus experiment. It will just mean the Fed has stopped piling it on. Ending the experiment would mean withdrawing stimulus and there seems little if any chance of that for three reasons 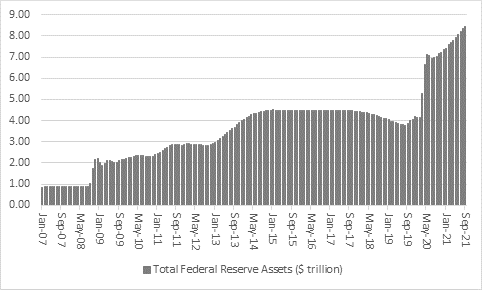 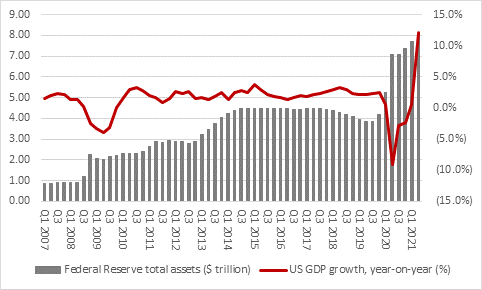 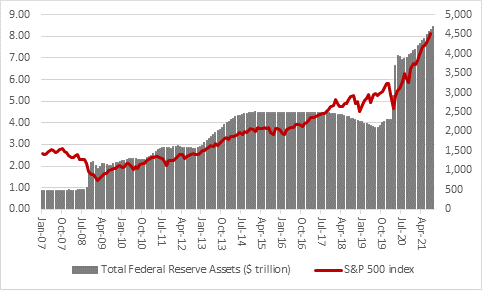 •    The risk posed by a marked increase in US government borrowing costs is too great. America’s federal debt is already $28 trillion. Every one-quarter point of additional interest on that adds up to $70 billion in extra interest payments. Letting interest rates even the lowly level of say 3% would take the annual interest bill to $840 billion, not a figure that would sit comfortably with taxpayers, politicians, economists, or investors alike.

“The Fed may have done its bit to keep the economic plates spinning in the wake of the Great Financial Crisis but its solution – more borrowing to resolve a debt problem – is leaving it boxed in. The more debt that is piled up, the greater the eventual cost when rates do rise and the greater the damage to economic activity. It is pain deferred, not pain eliminated - and that is before any financial market fall-out from record high market valuations is taken into account.”