“Small-cap stocks can be a useful barometer of both economic activity and risk appetite within financial markets, so those investors who buy into the theory that a crack-up, even inflationary, economic boom is imminent might be getting a little nervous,” says AJ Bell Investment Director Russ Mould. “The FTSE AIM All-Share and FTSE Small Cap indices are no higher now than they were two months ago and, on the other side of the Pond, America’s Russell 2000 is starting to make heavy weather of it, too, after rip-roaring gains earlier in the year. 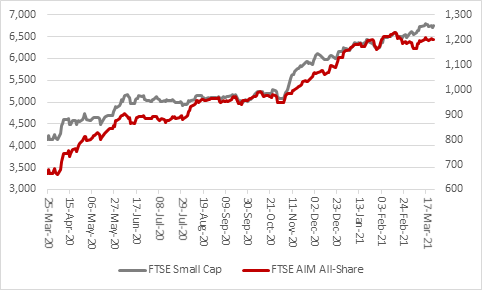 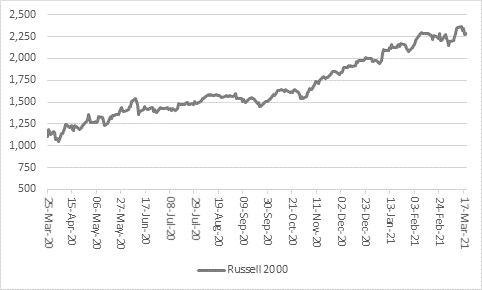 “Bulls will reply that the FTSE Small Cap index and the Russell 2000 trade a fraction below recently-set record highs, while the FTSE AIM All-Share stands near 20-year peaks, even if it still sits well below its technology-crazed highs of 1999-2000).

“This fits with the dominant narrative of 2021, namely that a rapid economic recovery is on the way, thanks to vaccination programmes, ongoing monetary stimulus from central banks and further fiscal support from Governments.

“Small-caps can be a useful barometer for the economy. There are exceptions to every rule, but in general, small caps tend to be younger firms that are still developing. They are potentially more dependent upon certain key products or services, a narrower range of clients and even key executives. They can be less robustly financed than large caps and are thus more exposed to a downturn, especially as they are less likely to have a global presence and be more reliant on domestic markets. By the same token, they are more heavily geared into any upturn, too.

“Small-cap stocks can be useful guide in another way. They are perceived to be riskier than their large-cap counterparts (and with good reason). As such, they can be used to judge wider market risk appetite – if small caps are rolling higher, we are likely to be a bull market, and vice versa.

“America’s Russell 2000 index has outperformed the Dow Jones Industrials, S&P 500 and NASDAQ Composite hands down both this year over the past 12 months. The FTSE Small Cap and FTSE AIM All-Share have beaten their mid-and-large-cap equivalents, too.

“Such a strong performance suggests that investors are in ‘risk-on’ mode and pricing in a strong economy recovery for good measure, although the sudden pause in their momentum suggests that doubts may be creeping in, as lockdowns persist, arguments over vaccine supply continue and talk of extended travel bans gets louder.

“And one data point which does not quite sit so easily with the American small-cap surge is a slight pullback in America’s monthly NFIB smaller businesses sentiment survey, which still stands 12 percentage points below its peak of summer 2018. 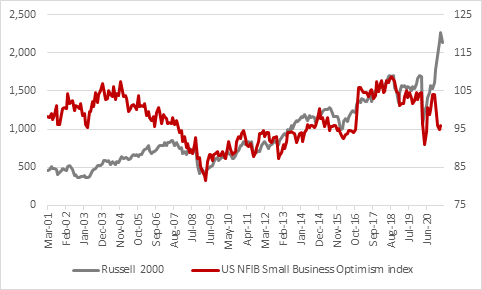 “This indicator must be watched in case it does not pick up speed as America’s vaccination programme continues and lockdowns are eased. Further weakness could suggest the recovery might not be everything markets currently expect.

“Equally, inflation-watchers will be intrigued by the NFIB’s sub-indices on prices – and more particularly the balance between firms that are reporting higher rather than lower prices for their goods and services and especially the shift in mix towards smaller companies that are planning price rises rather than price cuts. 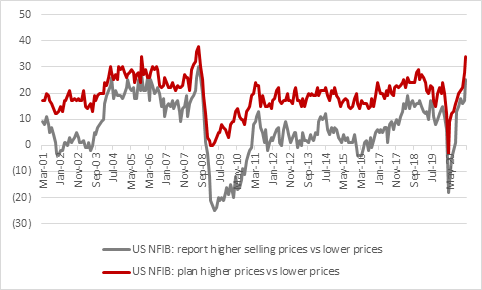 “If both of those trends continue, then bond markets could just be right in fearing that the Fed is behind the curve and that a crack-up inflationary boom is upon us. 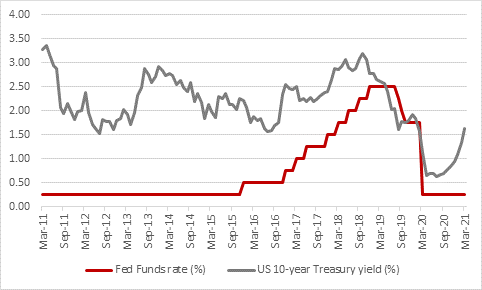