“NVIDIA may not be as well-known as Intel, let alone the five FAANG stocks but it has – until recently at least – provided huge capital gains for investors and they will be looking to the company’s third-quarter results on Thursday 15th for reassurance on two fronts, with regard to both the company’s own shares and the wider stock market,” says Russ Mould, AJ Bell Investment Director.

“NVIDIA has been a cult stock thanks to its leading position in graphics processing units (GPUs), specialised electronic circuits which are vital in providing high-quality images on smartphones, video games consoles, computers and workstations. The company is therefore seen as a play on data networking, video games and high-performance computing, to name just three growth industries, and it is positioning itself to be a powerful player in autonomous vehicles and artificial intelligence, too.

“Sales and profits have surged in the past few years. Quarterly revenues have trebled since 2014 and operating profit has surged over six-fold. 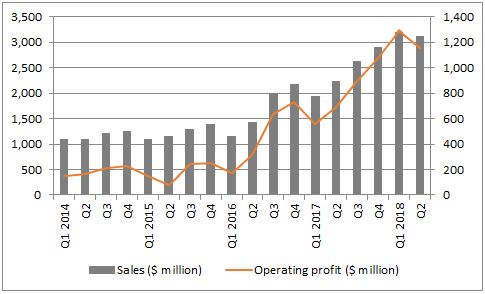 “NVIDIA has become a growth stock beloved by momentum investors but – rather like the FAANG stocks themselves – the share price has faltered of late, amid concerns that a $125 billion market capitalisation is too high, even for one growing as quickly as this.

“The share price chart back to its 1999 flotation would certainly suggest that this is one stock that is not going to plateau – it is either going to keep going up like a rocket or come down like the stick. 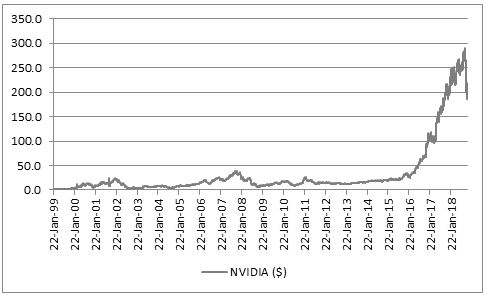 “Gravity has begun to exert some influence in the past few months, especially as NVIDIA’s second-quarter numbers just showed some early warning signs. Sales fell quarter-on-quarter but both inventory and trade receivables rocketed, to perhaps hint at some indigestion in some key end-user markets. 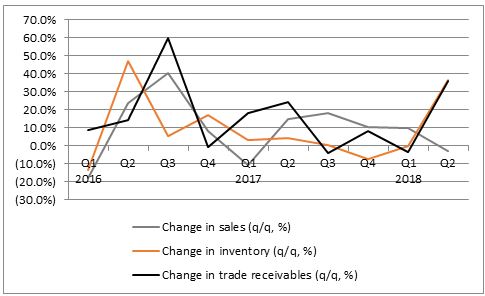 “Investors will therefore be looking toward Thursday’s third-quarter figures for reassurance that NVIDIA’s growth credentials are undiminished, as its monster market cap could start to look exposed on the downside if sales and profit momentum starts to slow or disappoint.

“But the figures will be a good test of wider market sentiment too.

“NVIDIA is a leading member of the Philadelphia Semiconductor Index, or SOX index. This benchmark has traditionally been a good indicator of wider stock market momentum and risk appetite since its launch in summer 1994. 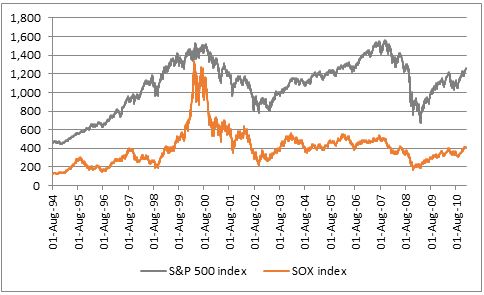 “There are two reasons for this.

“First, silicon chips – semiconductors – are everywhere, from cars and computers, from smartphones and tablets, from video games to robotics and from display screens to data centres so they are good proxy for economic growth and broader end-market demand.

“Second, they are traded as momentum and growth stocks, doing well when earnings estimates are going up and badly when they are going down, so they are good guide to financial market sentiment more generally.

“It is with some concern that investors will note how NVIDIA has already fallen by 26% from its summer 2018 peak, to enter bear market territory while the SOX actually peaked in March and has since fallen by 15%.

“Tech investors and bulls of equities more generally will therefore be looking to the NVIDIA third-quarter results to spark a recovery in both the company’s shares and the SOX index more generally.” 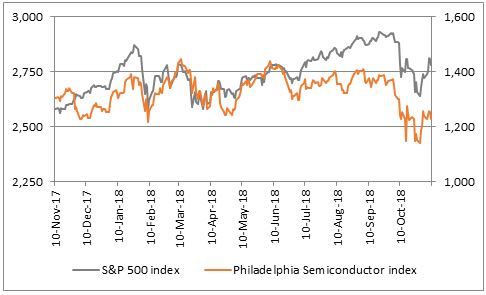