Ashtead looks to shrug off worries over US slowdown

“Ashtead’s first-quarter sales and profit figures are in line with the forecasts for the full-year put out by the management team alongside June’s full-year results but the shares are down, to partly reflect their recent good run to within a whisker of late 2018’s all-time highs but also niggling worries over the macroeconomic outlook,” says Russ Mould, AJ Bell investment director.

“The first-quarter comfortably met the management forecast of ‘low-teens revenue growth’ for the full year to April 2020, with a 17% increase in revenues on a stated basis and a 16% gain from rental activities, adjusting for the impact of currency movements. 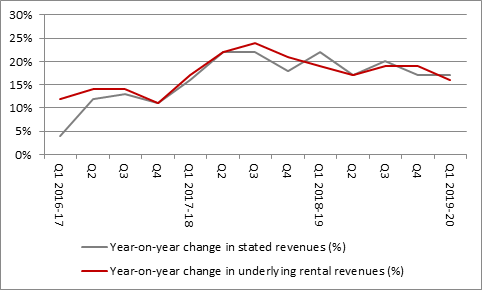 “However, that did confirm the impression that momentum is easing and profits also showed a deceleration in growth. A year-on-year increase of 8% on a stated basis was the slowest rate of improvement since the spring on 2017. 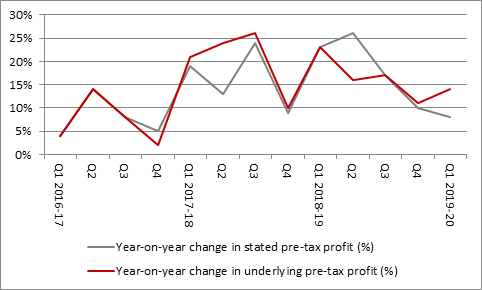 “The equipment rental giant gets around 90% of its sales and profits from the USA, via its Sunbelt subsidiary, with the rest largely coming from the UK-based A-Plant business, so it could be seen as a fair barometer for industrial activity on both sides of the Atlantic. Given the gathering fears over an economic slowdown it is intriguing to see how Ashtead’s shares moved higher this summer even as lead indicators for manufacturing activity such as the purchasing managers’ indices softened. 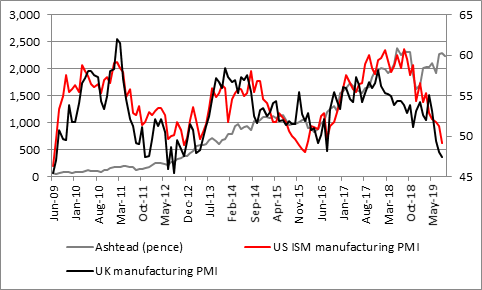 “Chief executive Brendan Horgan, who took the reins from Geoff Drabble in May, does not seem unduly concerned. He has affirmed that business performance continues to meet expectations and a 12% increase in capital investment in new kit is not the profile of a firm that is seeing a slowdown in demand for its equipment or services.

“For the whole year to the end of April 2020 analysts are looking for an 18% increase in pre-tax profit and a 9% increase in the dividend, to extend Ashtead’s streak of increases in the annual shareholder distribution that stretches all the way back to 2005.” 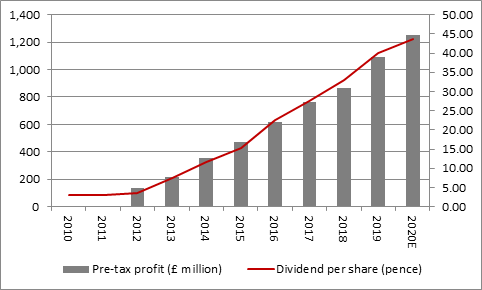