Babcock pushes back on fears of rights issue

“It may seem odd that Babcock’s shares are up by quite so much when the firm is flagging £1.7 billion of asset write-downs, more than had been rumoured, but plans for £400 million of asset disposals and a clear statement that the firm will not need to raise money from shareholders are raising hopes that the worst may be over for the embattled support services group,” says Russ Mould, AJ Bell Investment Director.

“Chief executive David Lockwood’s contract profitability and balance sheet review may offer a nod, unintentionally or otherwise, to the report produced by the Boatman Capital in 2018 which criticised Babcock as ‘opaque, needlessly complex, needlessly expensive and prone to errors’ and alleged over-valuation of contracts. But today’s announcement, and the promise of more details alongside the full-year results, may give shareholders a clearer view of how the firm intends to move forward.

“Nor should it be forgotten that Babcock’s shares lost half of their value between the release of two papers by Boatman and last autumn. Even the recent rally leaves the shares trading no higher than autumn 2006.

“However, this at least means that expectations are a lot lower, especially as profitability has tumbled in the past two years, the order book has sagged and the dividend been cut. 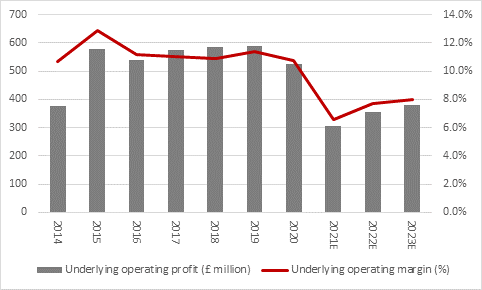 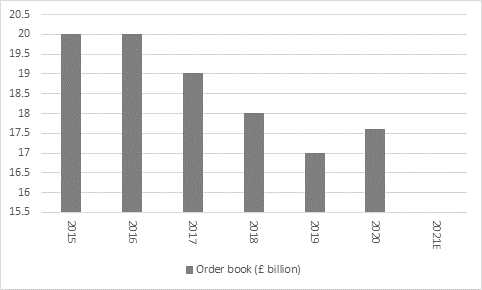 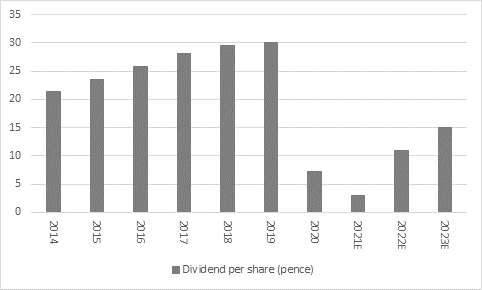 “Babcock even recorded a pre-tax loss on a stated basis in the year to March 2020 and the announcement of £1.7 billion in write-downs means the firm seems destined to repeat the trick in the financial year that has just ended, although Mr Lockwood does stress that these charges will not affect cash. 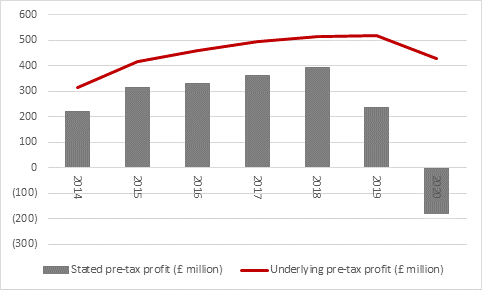 “As such, investors have simply put down Babcock as the latest in a string of disappointments from the support services sector, joining a long list which includes Carillion, Mitie, Interserve, Serco and Capita. One, some or all of complex business structures, acquisitions, long-term contracts which proved difficult to manage, tougher terms from a cash-strapped Government and debt were some of the factors involved in their downfalls and Babcock has offered some of those characteristics, too, even if debt has come down of late.

“Last year’s Type-31 frigate contract from the UK Ministry of Defence helped to quell talk of poor relations with a key client, even if this financial year will have been the first to take a revenue hit owing to the cancellation of a contract with another state-controlled entity, this time the Nuclear Decommissioning Authority, for the clean-up of Magnox reactor sites in the UK.

“On the face of it, Babcock possesses skills which are hard to find. It provides fleet maintenance services for warships and submarines for the Royal Navy, the Army’s land-based vehicles and for the RAF, while it also offers staff training for the military as well. Skills in nuclear construction and maintenance are also in short supply, so barriers to entry are in theory high, especially as contracts tend to be long-term ones.

“There is therefore potential in the business and a market capitalisation of £1.6 billion looks low compared to annual sales of more than £4 billion, even adjusting for £1.8 billion in net liabilities relating to pensions, borrowing and leases.

“The company habitually recorded a double-digit operating margin on an underlying basis and a high single-digit one according to the statutory accounts.

“Again, that suggests the shares could be cheap, providing the company can return to such levels and reassure that the historic return profiles were not the result of aggressive revenue recognition or any other form of accounting sleight-of-hand.

“The burden of proof now lies with Mr Lockwood and his team but generating enough cash from the day-to-day business and asset disposals to avoid a rights issue would be a major step forward. After all, Babcock signs multi-year contracts and any customer will therefore be keen to ensure that the company will be financially sound throughout the duration of their commercial relationship.”