A recommendation from the management team at Hornby that investors shunt into the sidings a 32.375p-a-share offer from Phoenix Asset Management leaves shareholders with three possible options when it comes to rescuing something from a situation where there seems to be little light at the end of the tunnel for the Corgi, Humbrol and Airfix brands owner.
6 May 2017
Share: 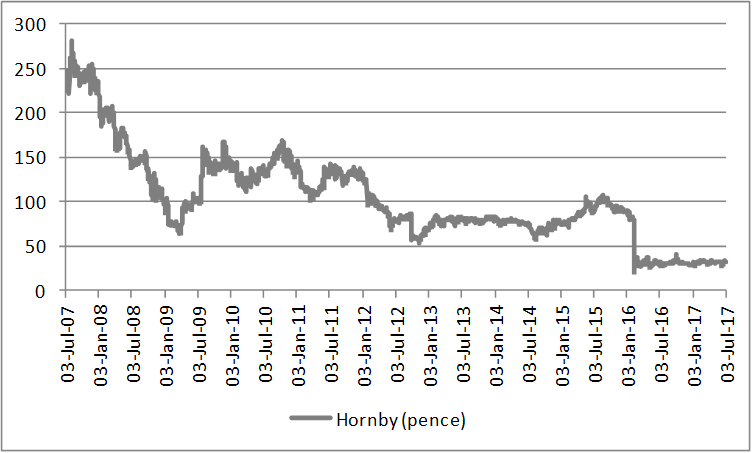 It would also put Hornby out of shareholders’ misery. The shares peaked over a decade ago and so did pre-tax profits, despite several attempts to broaden and rejuvenate the product range, cut costs and refinance the company. This perhaps drops a very heavy hint that the problems may not lie with management or the cycle but a more deep-rooted structural shift away from Hornby’s classic toys and toward video games played on consoles or simply online via smartphones, tablets and PCs. 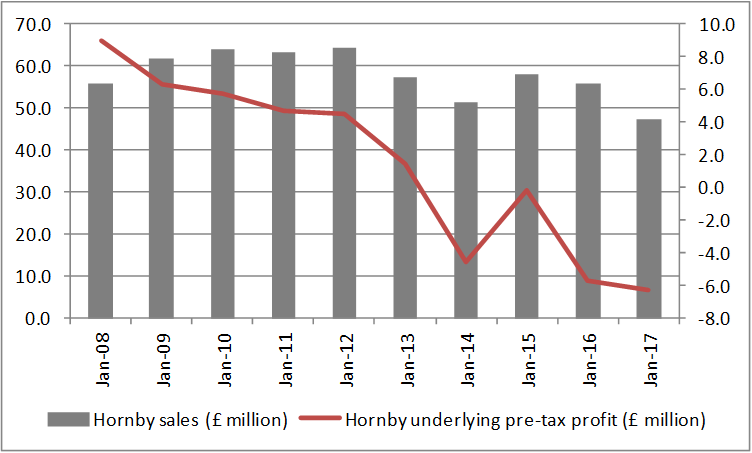 Even if chief executive Steve Cooke is new to the job, having only taken the reins in spring 2016, and longstanding chairman Roger Canham has now left, the long-term trajectory of profits and the share price suggest this could be a bold call, especially when you look at the headline attached to the last ten full-year results announcements. There have already been plenty of false starts at the Scalextric maker: