“A huge drop in loan impairments, sensible lending policies and strong collections all mean that specialist finance provider S&U is making the most of an upturn in demand for both cars and property refurbishments in the UK,” says AJ Bell Investment Director Russ Mould. “A £33 million drop in charges for bad loans underpinned a £29 million jump in pre-tax profit and a fresh increase in the dividend after the prior year’s setback, while a 15% increase in receivables, the biggest in five years, shows that the FTSE Small Cap company is already laying foundations for future growth.

“The share price does not seem overly impressed, as it still languishes nearly a fifth below last summer’s all-time high. This may reflect concerns over the squeeze put on living standards by inflation and the prospect of higher interest rates, and how both may affect customers’ willingness and ability to borrow. The role played in lower bad loan losses may also prompt some investors to wonder whether the bumper profits in the year to January 2022 can be immediately repeated – and right now analysts are pencilling in a drop in pre-tax income for the coming twelve months, to £39.7 million from £47 million. 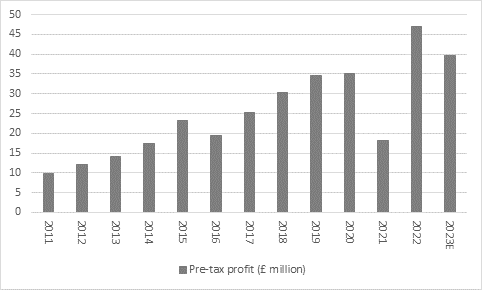 “Equally, value-hunters may see this is an opportunity to further research a well-run firm whose shares trade on less than 10 times historic and forward earnings and offer a historic dividend yield of more than 5%.

“S&U traditionally pays two interim dividends a year, one in November and one in March, followed by a final payment in July. Chairman of the board, Anthony Coombs, has declared a final dividend of 57p a share, compared to 43 a year ago, to supplement the 33p and 36p interim distributions, and take the total for the year to 126p. 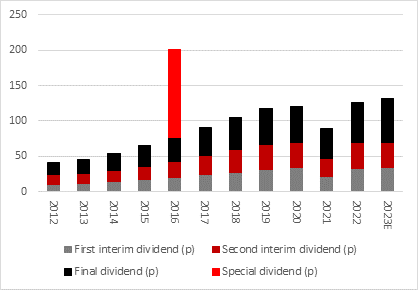 “That exceeds the pre-pandemic peak of 120p a share and an increase in receivables to a new high of £323 million suggests that S&U continues to provide a valuable service, and generate fresh momentum in its two niches, both of which the big banks appear to content to leave alone. 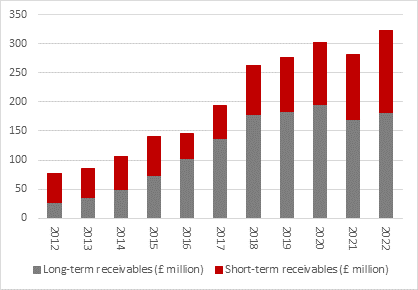 “Through its Advantage Finance arm, the Solihull-headquartered firm provides non-prime loans for cars, while the fledgling Aspen Bridging operation offers property loans for individuals and commercial borrowers, who wish to purchase or refurbish an asset.

“Some investors may share the big banks’ reticence to get involved, if they have concerns over the UK economy and its car and property markets. A downturn in the UK economy and any associated jump in unemployment could jeopardise customers’ ability to repay their loans, while the combination of higher interest rates and inflation is starting to make its presence felt at Aspen Bridging, where management can see a slight cooling of demand.

“However, S&U does manage risk in a disciplined manner, as you would expect of a company that dates to 1938 and can point to three generations of management by the founding family, which still has a major shareholding.

“Moreover, the market for nearly-new used cars continues to boom, amid a shortage of new vehicles, and Aspen is building a strong loan book and future pipeline even as it only approves a relatively small percentage of applications. Advances rose by 37% to £141 million at Advantage in the year just ended, while loans written at Aspen surged by 160% to £112 million.

“S&U has the ability to borrow up to £180 million from its own lenders and with just £114 million of those facilities already deployed, S&U has a further £66 million available for growth.”