“As many suspected after the May and August trading updates, Next had been doing its best to keep a lid on sales and profit forecasts but boss Lord Wolfson has now officially raised the company’s guidance for the year to January,” says Russ Mould, AJ Bell Investment Director.
“As a result, Next now expects to hold pre-tax profits broadly flat in its current financial year, ending a run of two consecutive declines. 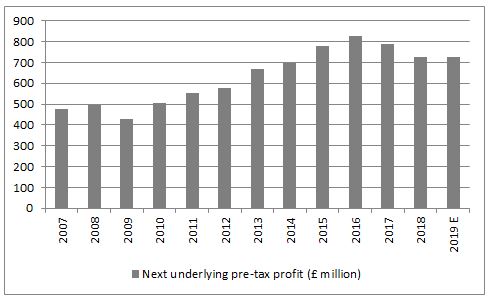 “The summer’s warm weather has undeniably helped but investors will be more enthused about the company’s online prowess, not least as this is more reliable than British sunshine.

“Granted, the challenges facing the UK’s High Streets and brick-and-mortar shops are plain for all to see.

“Next’s retail sales fell by £68 million year-on-year in the first half and profit fell by £22 million – so a 7% drop in revenues translated into a 23% decline in retail earnings.

“But online sales rose by £128 million and profits by £28.5 million to more than compensate. Online now represents two-thirds of profits at Next, which should help to reassure anyone who fears it will be overtaken by the decline of the High Street.

“Next’s efficient management of its shop estate should also soothe investors’ fears. In the March full-year results statement Lord Wolfson, who will become the FTSE 100’s longest-serving current boss when Randgold Resources delists, insisted there was still value in stores, as a means of promoting the brand, showcasing product and as a convenient delivery point for click-and-collect services.

“However, plans to add 100,000 square feet of new space this year have been scaled back to 42,000 after 22 stores closures and a delay to opening one new mainline site.

“In addition, Next has renewed the lease on 33 stores but cut the lease bill by 32%, or £3.2 million in the process. With 25 more sites due to reach the end of their lease by January 2019, landlords can doubtless expect some similarly tough negotiations there, too.

“Decreases to the bill for maintaining and refurbishing existing stores or opening new ones are funding investment the digital proposition and also the development of Next’s overseas online business, which continues to blossom. 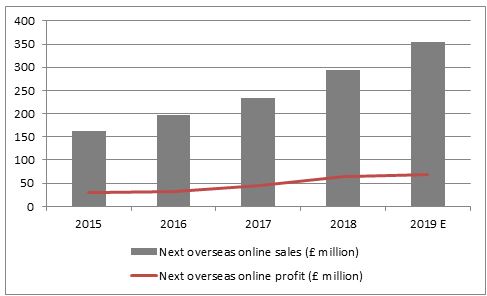 “Best of all, a tight control of spending and inventory of product is helping both profits and free cash flow. Even once tax, interest on debt, working capital, capital investment and the regular annual dividend per share are accounted for, Next still has some £300 million in surplus free cash flow.

This sum went on special dividends last year and is funding share buybacks this year, although it is noticeable that Next also slightly increased the regular interim dividend from 53p to 55p, hinting at an increase in the total payment for the year to January 2019.

“An unchanged dividend of 158p equates to a dividend yield of 2.9%. Adding in the £300 million special dividend to the £216 million ordinary distribution takes Next’s total cash return to shareholders to 6.7% of its current market capitalisation, which may interest income-seekers, especially as the stock trades at barely 12 times forward earnings, a discount to the FTSE 100. 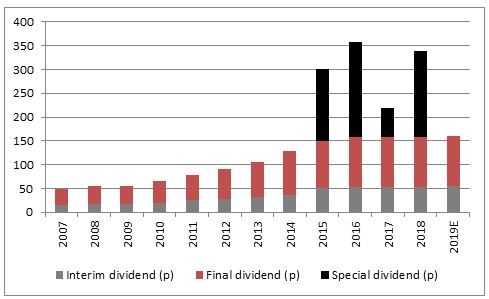