Demand for oil seems to vary little over time and the commodity’s remarkable price inelasticity means that changes in crude are driven more by supply.

The rally forged by November’s OPEC and non-OPEC production cuts is a case in point but oil’s recovery seems to be waning, as Brent struggles to hold on to the $50-a-barrel mark and West Texas Intermediate already trades below $48.

This means that investors who are exposed to oil and oil services stocks either directly or via funds, need to focus on three particular trends when it comes to gauging supply and assessing where the price of crude may go from here.

“These can be tracked every Wednesday via the website of the US Energy Information Administration. 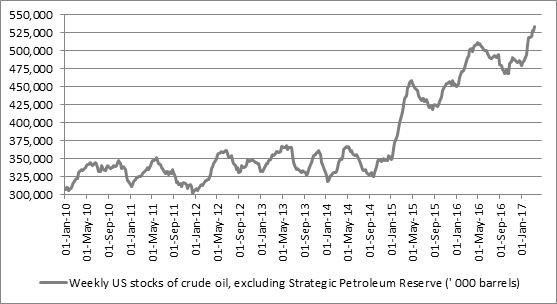 “One key feature of the last two years has been how the oil majors were quick to slash capital investment as the oil price plunged. Although OPEC has stuck to its production cuts, the US is not an OPEC member and production seems to be surging.

“The weekly Baker Hughes active rig count which has risen 80% from last year’s low to 789, the highest since October 2015, as shale producers crank up output (not least because many of whom are debt or junk-bond funded and need to keep pumping to bring in the cash they need to pay interest or the coupons) 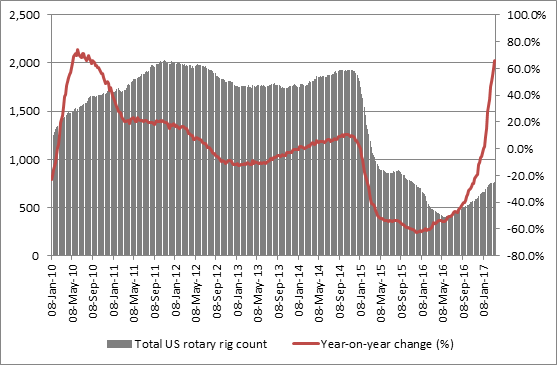 “Published by Baker Hughes on a monthly basis, this dataset shows a similar trend to the US numbers, namely higher activity following the collapse of 2016. The 45% increase in working rigs since the trough is at least less dramatic than that seen in the US, perhaps reflecting the discipline imposed by OPEC’s production cut. 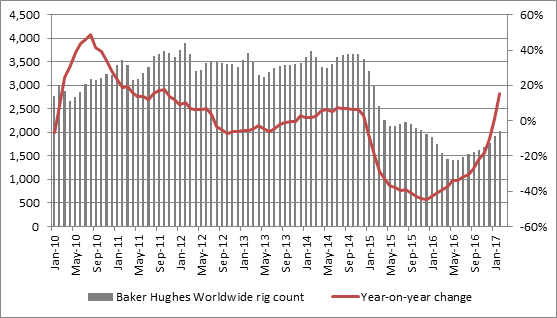 “In the very short term, there is one other factor which may also be influencing crude and this is the role played by financial traders and (for want of a better word) speculators. 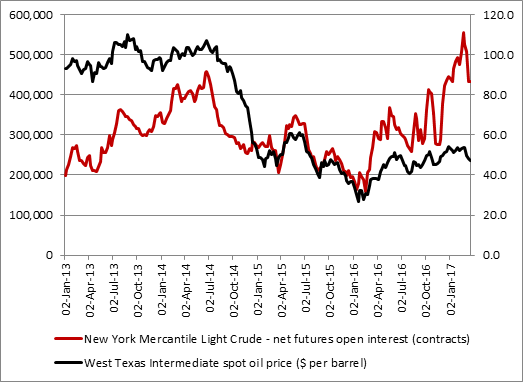