With the blue chip index once again approaching its all-time time closing high of 7562.28, Russ Mould, investment director at AJ Bell, looks at three things that could power the FTSE 100 to new levels next year:

“While issues such as Brexit, an economy that is hardly firing on all cylinders and political risk must not be dismissed, none of these fears are new and the UK market has three things going for it as we enter 2018 – performance, valuation and dividend yield.

“First, the FTSE 100 has underperformed global stock markets in total return, sterling terms over the last two years. This will be an instant red rag to contrarian bulls, who will also be intrigued by the latest Bank of America Merrill Lynch fund manager survey which in November showed that 37% of respondents were underweight UK equities – the highest figure since the Great Financial Crisis. 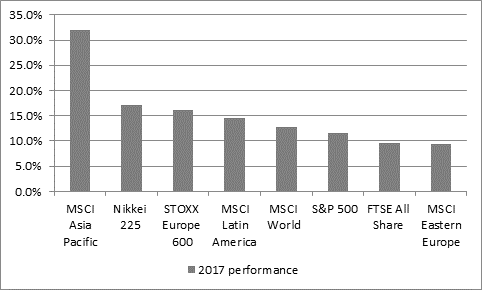 “Second, unloved often means undervalued and the UK is not expensive relative to its international peers or its own history on an earnings basis, with the FTSE 100 trading on around 14 times consensus earnings estimates for 2018.

“In addition, there are a number of sectors such as oils, retailers, real estate and house builders which offer lowly valuations, attractive yields or both and therefore have the potential to surprise on the upside in 2018. This will be particularly the case if the pound confirms the sceptics by holding its ground (or making further gains) and dampens interest in the exporters and overseas assets plays which have largely dominated since the EU referendum. The currency does look cheap on a purchasing power parity basis against the dollar, for example, and a rally might help to focus attention on those domestic names which have tended to do well when the pound is firm. 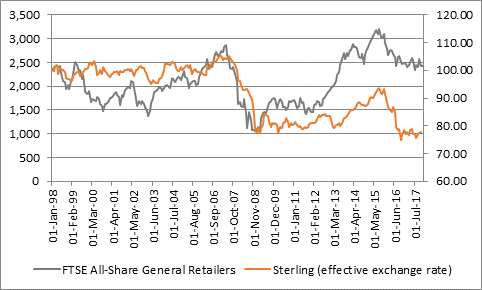 “Third, the FTSE 100 offers a 4.3% dividend yield, according to an aggregate of consensus dividend forecasts for each individual constituent. This beats cash and the 1.2% yield offered by the benchmark 10-year Government bond, or Gilt, hands down.

“Such a yield could be a source of support for the index and contribute a healthy percentage of total returns from UK stocks in 2018. Granted, dividend cover is thinner than ideal, but the higher the oil price goes the safer the dividend yield from BP and Shell becomes and they represent nearly a fifth of total dividend payments between them.

“Even if the UK fails to dash toward 8,000 there is a sense that stock and sector leadership are changing as 2017 draws to an end and investors may therefore need to be more wary of expensive-looking momentum plays or pricey quality names (Reckitt, Unilever, Halma, Croda, Intertek), for all of their undoubted attractions, and look at downtrodden, domestic plays which offer value, yield or a combination of the two (Real Estate Investment Trusts, some General Retailers, the oils).

“Such names have come to the fore in the past month or so and this rotation could have further to run if sterling holds its ground, global economic growth improves (removing the need to pay a premium for tech-style secular earnings increases as cyclical gains become more prevalent), and interest rates rise only slowly, to again reaffirm the UK’s yield attractions.”