“Shareholders in RBS will be delighted to see the bank top up interim dividend payment and take the total for the year to 11p, via a 3.5p regular distribution and a 7.5p special. That will also raise a smile at the Treasury and among taxpayers, as their 62% stake means they will receive some £820 million in dividend payments,” says Russ Mould, AJ Bell Investment Director. 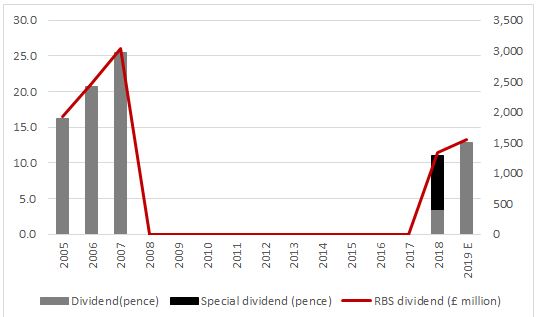 “Unfortunately, RBS’ welcome return to the dividend list does not suggest the bank is fully returned to health for several reasons.

“The quantity of 2018’s results was satisfactory at £1.6 billion but the quality was poor; margins failed to make any major advance amid stiff competition from established rivals as well as challenger banks; restructuring charges and loan losses are expected to rise in 2019; the statement makes no mention of the row over the conduct of the Global Restructuring Group;  and the bank is still taking provisions at NatWest Markets, to suggest its investment bank continues to perform poorly (something that will concern shareholders in Barclays, since Credit Suisse’s fourth-quarter results today also showed a disappointing performance in investment banking.)

“While boss Ross McEwan and team deserve credit for getting RBS into the black for two straight years, and for getting into a position whereby it can pay dividends once more, there is still much work to do.

“The UK remains a fiercely competitive, tightly-regulated, mature market for banks and growth will be hard to come by as a result, at least without taking more risk with the loan book or investment banking operations – and it is hard to see shareholders welcoming that, nearly a decade into an economic upturn and equity bull market.

“Earnings growth could therefore be modest, especially as RBS must keep investing in digital technologies to keep fintech challengers at bay, and perhaps the best that investors can hope for is that RBS becomes a solid, utility bank, where the shares’ yield is the major attraction rather than their growth potential.

“At least today’s dividend payments are at least a step in that direction but the results and outlook still raise two questions over the bank’s growth prospects, even if full-year pre-tax profit improved again in 2018. 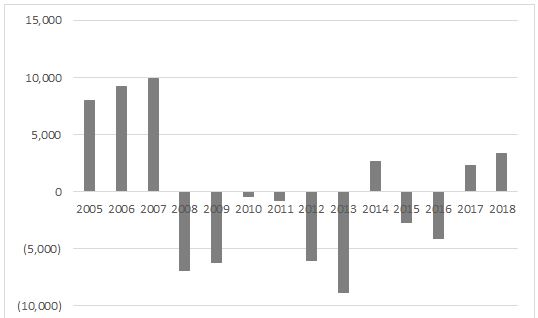 “The first concerns underlying growth. RBS is still shrinking itself back to health rather than moving into growth mode. The loan book and risk-weighted asset (RWA) base continue to decline and RBS is forecasting a further drop in RWA to £185-190 billion in 2019, down from £189 billion at the end of 2018 (and £446 billion in Q1 2013). 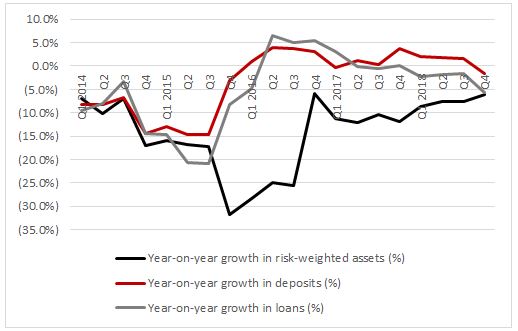 “That suggests the top line is unlikely to progress too much, which leaves RBS to focus on costs. RBS is targeting a £300 million drop in operating expenses for 2019 but an even bigger swing factor will be restructuring costs, litigation and PPI charges and bad loan impairments.

That lot has cost RBS more than £35 billion since 2013 and £2.7 billion in 2018 alone. If the bank can start to really reduce those then profits could start to advance quite nicely – but it is forecasting an increase in restructuring costs from £1 billion to £1.5 billion for 2019, and an increase in loan loss impairments for good measure. Investors are also still awaiting the result of any fall-out from the Global Restructuring Group affair and the deadline for Payment Protection Insurance claims in October. 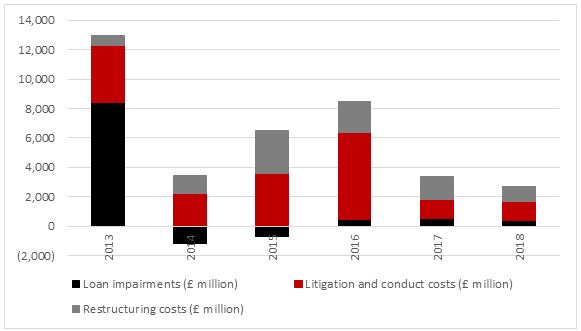 “RBS seems to be particularly cautious on the macro outlook, mirroring comments from challenger banks such as Metro, Paragon and CYBG, as well as Banco Santander and the Banco Sabadell-owned TSB.

“They have all talked about competition leading to margin pressure, especially in the field of mortgages and customer deposits, more expensive funding now the Bank of England’s Term Funding Scheme has ended, and an uncertain economic environment in the UK. Let’s see what RBS has to say on these themes.

“At least RBS investors could receive some shelter from the bank’s lowly valuation – Metro’s shares collapsed because they were richly valued and discounting substantial future growth and neither of those applies to RBS, with its discount to historic book value, modest price/earnings ratio and increasingly plump yield.

Source: Webfg, consensus analysts' forecasts, company accounts. Price/earnings and yield based on 2019 consensus. Price/book based on last published book value per share figure (Q4 2018 for RBS, Q3 2018 for the other four)